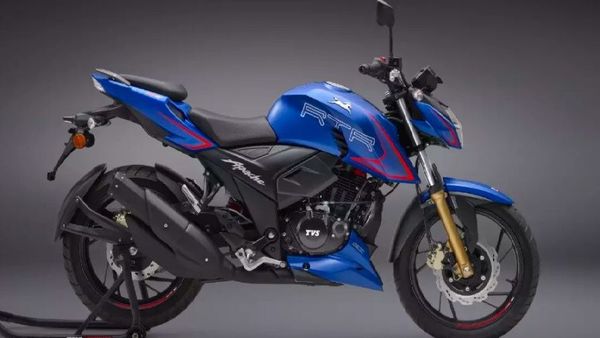 TVS Motor Company on Tuesday announced the launch of the new 2022 Apache RTR 200 4V at the starting price of ₹1,33,840 (ex-showroom). The newly launched motorcycle has been made available in two variants - single-channel ABS and dual-channel ABS. The latter has been priced at ₹1,38,890.

With the latest model year update, the bike continues to feature the same three riding modes (Sport, Urban, and Rain) which make it the only bike in its segment to get this feature. Moreover, other key highlights of the new motorcycle include its preload-adjustable Showa front suspension, TVS SmartXonnect Bluetooth connectivity, a Showa rear mono-shock, and adjustable brakes and clutch levers.

The motorcycle has been introduced in three colours – Gloss Black, Pearl White, and Matte Blue.

Meanwhile, TVS Motor has recently announced new investment in electric vehicle manufacturing. The company has signed an MoU with the Tamil Nadu government to set up its EV manufacturing facility. The Chennai-based bike maker will invest ₹1,200 crore in the state in the next four years to build electric vehicles and work on future technologies. (More details here)