In the latest avatar, the Honda Unicorn gains a new look with a pinch of updated features and a BS 6 engine which comes with fuel-injection technology.
By : Prashant Singh
| Updated on: 02 Mar 2020, 08:07 PM 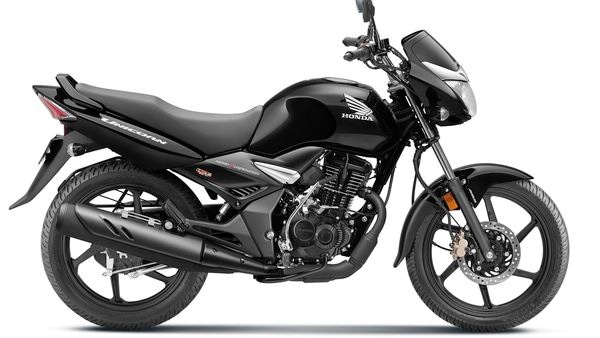 The two-wheeler Indian subsidiary of the Japanese auto giant, Honda Motorcycle and Scooter India (HMSI) launched the Unicorn BS 6 on February 27. In its newest avatar, the bike dropped the CB prefix along with the numerical suffix found on the previous model, but that aside, the bike also reserves a slew of newer updates which make it a completely new product, and not just a minor updated unit.

One of the major updates include the usage of fuel injection which shall directly translate into smoother throttle response and sportier performance. The motorcycle has also shed close to 6 kgs, which shall be responsible for improving its overall power to weight ratio.

Though Honda hasn't made any claims in the matter of its fuel-efficiency, but we suspect that the new Unicorn BS 6 may have a slightly improved fuel economy than before.

As far as chassis components are concerned, it appears that the company has made use of the 160's main frame. Also, it now features a longer seat by 24 mm and higher ground clearance by 8 mm, which now stands at 187 mm (for the record, the KTM 390 Adventure has just 13 mm more clearance than the Unicorn BS 6).

In comparison to the older CB Unicorn 150, its seat height remains identical at 798 mm and it rolls on the familiar 18-inch wheels. Its wheelbase measures at 1,335 mm which is 11 mm longer when compared to the CB Unicorn 160.

As far as exteriors are concerned, it also looks highly similar to its forefather, the Unicorn 150. Its new headlamp cowl gets slightly different detailing, while the plastic panels on the side body sport a new design. As for the colour options, it comes in Pearl Igneous Black, Imperial Red Metallic and Matte Axis Gray Metallic.

The new features include an engine-kill switch and a switch to DC headlamp. However, bits like an LED headlamp, side-stand-down engine kill function, and a digital instrument console are sorely missed. What's also missed is the Honda's new silent-start system, which is now found very commonly through out its line-up.