India-made Royal Enfield Meteor 350 will be sold in a number of markets world wide.Currently, only Argentina has a Royal Enfield assembly plant outside India but it doesn't produce Meteor 350.
By : Prashant Singh
| Updated on: 14 Nov 2020, 07:54 AM 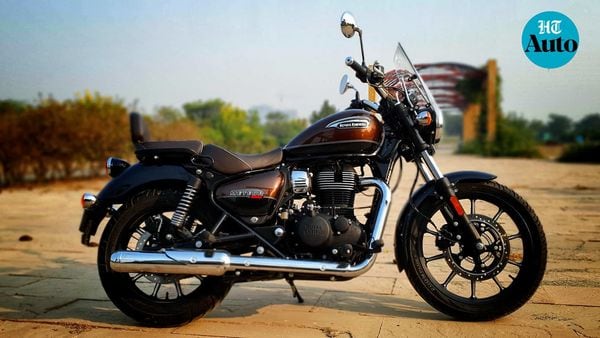 At the core of the Meteor sits a 349 cc single-cylinder engine which delivers around 20.2 bhp of power and 27 Nm of peak torque.

Royal Enfield Meteor 350 was launched in India on November 6. Now the company is gearing up to introduce the bike in the foreign markets including Europe and America. The company has announced that demand for its bikes is going up in the international markets.

(Also Read: Royal Enfield Meteor 350 variants break down: Which one to buy)

Currently, only Argentina has a Royal Enfield assembly plant outside India. This was established earlier this year in September. This plant currently assembles Himalayan, Interceptor 650 and the Continental GT 650 motorcycles. Chances are that Meteor 350 will also be added to the lineup which will enable the company to cover a larger area worldwide.

The company announced earlier this year that it has expanded its customer touch points to five stores in Argentina and it has 31 exclusive stores and 40 other retail touch points in the Latin American countries.

(Also Read: Royal Enfield to launch 28 new bikes in next 7 years, one in every quarter)

After Meteor 350, Royal Enfield is planning to launch the new-gen Classic 350 motorcycle in India which is expected to break cover in the first-quarter of next year. The new Classic 350 will be the company's second model in the lineup to receive 'Tripper Navigation' or turn-by-turn navigation feature. (More details here)