Petrol prices remain at record high levels, and increasing, which means mileage offered by passenger vehicles is now more crucial than ever before.
By : HT Auto Desk
| Updated on: 03 Nov 2021, 03:01 PM 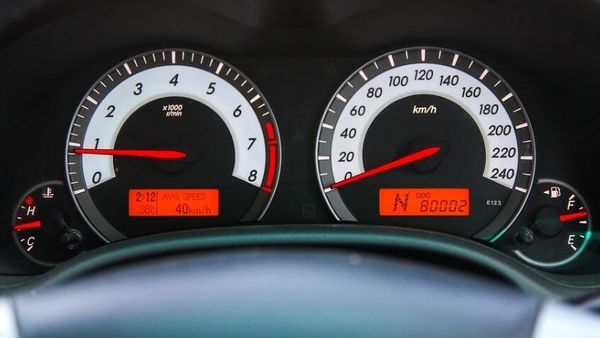 With petrol prices reaching record highs almost daily, concerns about how expensive it has become to own and drive a personal passenger vehicle has been growing simultaneously. Petrol per litre is now well past ₹110 in many cities across the country and while it is imperative to adopt best driving practices and maintain a vehicle well, the vehicle itself needs to offer a high mileage.

There is no real surprise that smaller cars with smaller engines tend to offer the best mileage. But which petrol car in India offers the best mileage. Maruti Suzuki products tend to dominate the list and the upcoming 2021 Celerio, as per company officials, will even surpass its siblings in this regard. Celerio is slated for a launch on November 10 and while Maruti Suzuki hasn't revealed figures as yet, expect the car to be a hit for those keeping a close watch on per-litre return in terms of distance traveled.

Here are some of the other passenger vehicles to consider which boast of, comparatively, high mileage for each litre of petrol:

Ignis from Maruti Suzuki is a hot favourite among those looking for a compact yet stylish passenger vehicle. It is powered by a 1.2 litre petrol engine and is offered with both manual and AMT.

S-Presso is one of the highly popular models from Maruti Suzuki with its relatively high seating position and compact dimensions - along with a competitive price tag - makes it a compelling option for many. It gets a 1.0-litre petrol engine under the hood and there is also comes with AGS transmission option.

WagonR has been an enormously successful product for years and years, and continues to find itself at the top of sales charts every month. It is powered by a 1.2 L K-Series petrol engine and also has an AGS transmission option.

RedGo from Datsun, sold by Nissan in India, comes with a 799cc and a 999cc engine option. It also has both automatic and manual transmission available.

Kwid is one of the key rivals to Maruti Suzuki in the small passenger car segment and recent updates to its styling and cabin have helped it further cement its challenge. There are two petrol engine options available on the car with the 799cc motor being frugal.

Alto is the undisputed chmpion of small passenger cars and has a big fan following among those looking for their first buy in the four-wheeler segment. There is still a lot of reasons to choose an Alto - a peppy engine, compact proportions, high mileage and ability to tackle a wide variety of roads. The AGS transmission option further adds to the convenience factor in city commutes.

Swift isn't just about style but is a car that also offers high mileage. Competing in the hatchback segment, this Maruti Suzuki product too has shown that age may well be a number and that despite having been around for several years, finds many takers. Maruti had introduced the facelift Swift earlier this year to further its chances against newer rivals.

The sedan segment may be on a decline in India but Dzire remains a hot favourite for many opting for this body style. A spacious cabin, decent looks and high mileage make it a solid option against many rivals.

Note: The vehicles above have been listed in no particular order. Each of these petrol vehicles have either a claimed or proven mileage of over 21 kmpl, going up to 24.50. Real world mileage may be lesser owing to numerous factors. The list, as such, is for reference purpose only.