Supercars in Covid times: Speed bump before fast lane for Lamborghini in India

In chat with HT Auto, Sharad Agarwal - Lamborghini India Head - admits super luxury segment may face a sharper decline in coming months than the mass-market auto industry but adds it will emerge stronger than ever.Agarwal highlights aspirations drive buyers towards Lamborghini and that won't change.
By : Shubhodeep Chakravarty
| Updated on: 10 Jun 2020, 15:24 PM 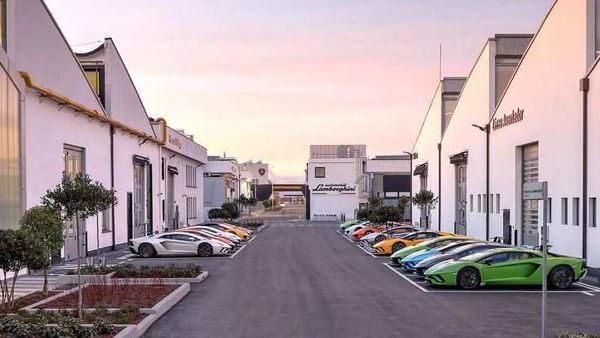 The most affordable Lamborghini in India may set you back by over ₹3 crore and a supercar may not figure prominently in list of priorities in current Covid-19 times. And yet, no order received by the company here has so far been cancelled even if delivery timelines have been readjusted due to the prevailing situation in the country and the world over.

Sharad Agarwal, Head at Lamborghini India, is cognizant of the fact that the business of supercars can especially take a hit in current times because prospective customers may realign their buying plans. He, however, is also confident that those emotions drive people towards Lamborghini and that won't subside. "This segment (super luxury car segment) is more about dreams and aspirations, and about people having a desire that once they achieve something in life, they want to reward (themselves) with a Lamborghini or something similar," he said in a live session with HT Auto. "The current mood in the market is definitely not very favourable because right now the motive of customers is more about getting their businesses back in running mode. They would like to have different priorities."

The change in priorities, according to Agarwal, is likely to be in the immediate future and is unlikely to impact long-term plans. "These (buying a supercar) are about dreams and aspirations, and they do not change because of certain scenarios arising out of Covid," he elaborated. "Once customers see that the situation is returning to normal, they will definitely want to reward themselves with a Lamborghini or whatever their dreams and aspirations are all about."

Agarwal, therefore, is optimistic about medium-term and long-term prospects of Lamborghini in India remaining positive. "My estimation is that in the short-term, the segment may witness a decline which is sharper than the mass-volume industry. This is also because in mass-volume industry, there may be some buying for safety and health reasons. It may not be enough to offset the decline in that the overall auto segment will see in coming months. In super luxury (segment), the decline may be sharper but it will emerge stronger," he said.

Emerging stronger may have been the keyword for the Italian supercar maker, especially in India and especially over the past several years. Not only did the company drive in several models shortly after international launches - Huracan EVO RWD launch in January just weeks after international debut being the most recent instance, but also managed to go from selling 27 units in 2017 to 45 in 2018 and 52 in 2019. 2020 was projected as year with an even higher peak in the sales chart but that was before Covid-19 pandemic struck.

There is some silver lining for Lamborghini though. "We are the market leaders in the super luxury segment and because of our strong image, we are always carrying a strong order bank. In our customer base, we have not yet seen any kind of cancellation or postponement coming from the customers," said Agarwal, adding that the company remains constantly in touch with those who have placed orders.

On the supply side, however, rescheduling remains a very real possibility, especially because all Lamborghini cars come as Completely Built Units (CBUs) from Sant'Agata Bolognese in Italy, a country also severely hit by Covid-19 virus. "The (Covid-19) situation also forced us to shut down our manufacturing facility in Sant'Agata Bolognese because we had to put safety and health of our people on top-most priority. We have now restarted the factory after seven weeks of closure. So yes, there is a delay in timelines as was discussed with our customers at the time of accepting orders. We have now updated them with the new timelines," explained Agarwal.