Home Auto Reviews Recap Of Reviews: Five Cars That Impressed Us In 2021

Recap of reviews: Five cars that impressed us in 2021 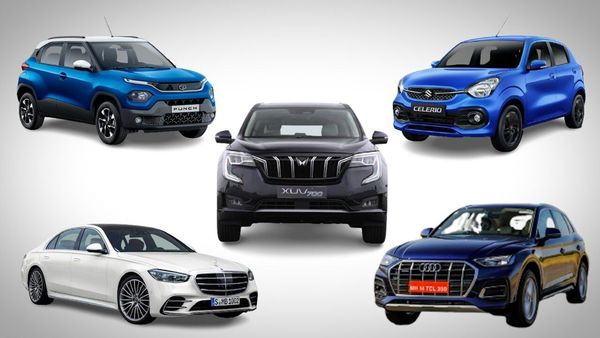 The year 2021 brought with it a host of challenges, from the second Covid-19 wave in the country to a global shortage in semiconductor chip. While production and supply chain issues continue to persist, demand staged a turnaround for the positive once the second wave abated. What also helped the Indian automotive industry are launches of new and facelift models with many of these creating a fair bit of buzz.

While every new and facelift model seeks to woo and wow prospective buyers, some are just a bit more fun to explore. Here's taking a look at five cars of 2021 that impressed us, and why:

Maruti had a rather muted 2021 and, by its own admission, has been struggling with the chip shortage crisis. But around the festive period, the country's largest car maker decided to launch one of its most successful models here, albeit with very noticeable updates.

The exterior profile of the Celerio has been redone significantly while the cabin layout and feature list too have received crucial updates. The Celerio claims to be India's most fuel-efficient petrol car and its most-recent launch is also significant because it seems to especially target younger buyers in cities as well as in smaller towns.

Peppy to drive, fuel efficient and now younger to look, the Celerio remains a great option in the small passenger vehicle segment.

Punch is an absolutely new product that is looking benefit from a growing market preference for the SUV body type. Positioned as a subcompact crossover SUV, Punch may only have a single 1.2-litre petrol engine option but it is quite fun to drive and also boasts of some decent off-road capabilities.

Its compact dimensions mean that Punch is nifty enough within city limits but has decent power creds for highway runs too.

Possibly the biggest launch of the year, the XUV700 has been a long time in the waiting. But the promise of good things brings demands patience. And patience was ‘rewarded’ when Mahindra showcased an SUV that seeks to, possibly, do it all.

The XUV700 looks bold and very stylish from almost every angle. Its cabin too has a premium feel all around and the vehicle has been loaded to the brim with features. But what makes the XUV700 stand out is that it also gets Advanced Driver Assistance System (ADAS).

At a starting tag ₹12.49 lakh (ex showroom), the pricing too is mighty attractive but do note that there are multiple variants on offer and some of the high-end features will only come with the top-of-the-line AX7 variant. But there's enough of choices too - five or seven-seat layout, petrol or diesel engine, manual or automatic transmission.

The Q5 deserves a mention in this list because it has been a power player in the luxury SUV segment for long before it had to be taken off Audi India's product list some two years ago due to the transition to BS 6 emission norms.

It is now back and ready to play its petrol heart out. Yes, there's no diesel but what you do get is a capable 2.0-litre 45 TFSI petrol engine. With 249 hp of power and 370 NM of torque, this mid-size luxury SUV can be quite sporty when you want it to be and thanks to the quattro all-wheel drive technology, no terrain is too big a challenge.

While Audi has also brought in a number of all electric models to India, it is the Q5 that was the most significant of all launches and hence, impressed us a fair bit.

The latest Mercedes-Benz S-Class is referred to many as the world's best car. We sure has a whole lot of fun trying its many cutting-edge features.

Whether it is the 12.3-inch digital instrument cluster, a 12.8-inch portrait-oriented OLED touchscreen, the twin screen entertainment units for the rear passengers, or the sheer fun of driving the flagship sedan, the S-Class has varying hues that surely makes it a compelling option for those who can afford it.

Skoda Kushaq: Smooth drive and a well-appointed cabin makes the Kushaq a worthy player in the mid-size SUV segment.

Volkswagen Taigun: Taigun may well be the most youthful of all Volkswagen models currently on offer in India. A mature drive credential backed by a solid safety feature list, it knows exactly where its strengths are at.

Hyundai i20 N Line: With sportier looks and a bit more performance capabilities, the i20 N Line is the first of many N Line models promised by the Koreans for India.

Mercedes A45 S AMG: A pocket rocket on four wheels, the Mercedes A45 S AMG is tailor made for sheer driving enthusiasm. A two-litre four-cylinder engine puts out a massive 421 bhp and 500 Nm of torque to make this the hottest of hot hatch anywhere.

MG Astor: Astor may be the petrol equivalent of the ZS EV but it also benefits from unique styling elements on the outside, a capable engine under the hood and a cabin that also comes with an AI Assistant.