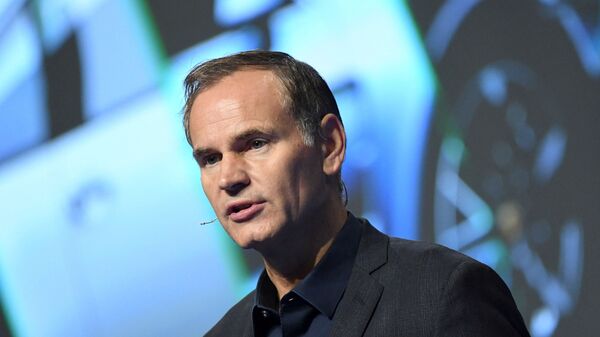 As much of Volkswagen AG takes a summer break the next few weeks, Oliver Blume, the carmaker’s designated chief executive officer, will be staring down an extensive to-do list.

A diverse set of pressing issues await the 54-year-old ascending to the job Herbert Diess has been ousted from. Lead among them will be listing Porsche AG -- VW’s most prized asset -- amid the worst climate for initial public offerings in years, and fixing protracted problems at the software division postponing new electric Porsches and Audis.

Diess’s aggressive strategies for EVs, software and new-mobility offerings set VW on a path the company’s billionaire owners praised even as they pushed him out of the CEO role. It’s now up to Blume to follow through in transforming the world’s second-biggest carmaker to better contend with up-and-coming Tesla Inc. and incumbents Toyota Motor Corp. and Stellantis NV.

Here are some of the challenges awaiting Blume:

The industrial logic behind listing a minority stake in VW group’s most profitable major brand is sound. The IPO, which could be Europe’s largest ever, must succeed to finally boost VW’s languishing valuation.

But in addition to governance concerns, there’s growing fear that recession risks, surging energy costs and geopolitical tension ultimately will drag on Porsche’s valuation. In 2019, VW’s listing of its truck unit Traton SE was a disappointment.

VW’s efforts to build its own software operation has been a bruising experience of strategy shifts, executive purges and product delays.

Tesla is way ahead in regularly deploying over-the-air updates that add capabilities and improve the performance of its EVs after they leave the showroom, and attempts by traditional rivals like Toyota to replicate this have been less messy. Seizing the opportunities software brings, including new forms of revenue, will be the industry’s next frontier.

VW has finally stopped losing money in America, but the company remains a long way from closing the gap to Toyota, General Motors Co. or Ford Motor Co. To better compete with those market leaders and upstarts like Rivian Automotive Inc., the automaker is reviving the off-road brand Scout that will offer an electric pickup and rugged SUV.

As for the luxury segment, Audi has long sought to take on Mercedes-Benz AG and BMW AG on a global scale, but has no production footprint in the US.

VW has been losing share in its biggest market due to poor handling of the chip shortage and a dearth of digital features that China’s tech-savvy drivers have increasingly come to expect.

Tesla’s new Shanghai factory isn’t the only thorn in VW’s side, as local manufacturers’ products also are catching on. VW can’t afford dwindling profits from the Chinese ventures it’s counting on to finance its EV ambitions.

Whereas VW has flailed during the chip crisis and struggled to keep production lines running, the US electric-car maker has maintained steady growth through the supply-chain turmoil.

After quickly turning the Shanghai plant into its most productive globally, CEO Elon Musk has added factories in Austin, Texas, and near Berlin this year. Tesla’s aggressive expansion is making VW’s electric-car project Trinity, which includes a 2 billion-euro ($2 billion) German factory, look all the more critical.

Within days of being named the new CEO, Blume apologized for comments he made during an internal event last month about Christian Lindner, Germany’s finance minister.

Blume boasted that he had been constantly exchanging messages with Lindner months ago when the government was negotiating a coalition agreement allowing for new vehicles in the coming years to be powered by synthetic fuels, which aren’t as clean as EVs. Blume apologized over the weekend, saying he oversimplified the exchange and hadn’t sought to influence Lindner.