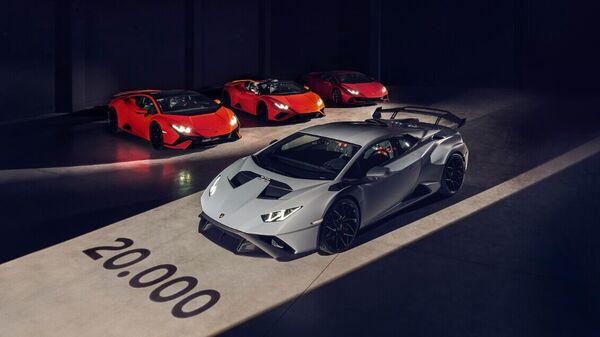 Lamborghini manufactures several models under the Huracan brand. In India, the carmaker sells as many as six Huracan models which include the STO, besides Huracan EVO, Huracan EVO Spyder, Huracan EVO RWD, Huracan EVO RWD Spyder and Huracan Tecnica. Globally, Huracan has more family members including the Huracan Super Trofeo Omologata, which is the flagship model in Huracan family. In all, Huracan has 12 road and three racing versions on offer globally.

Stephan Winkelmann, Chairman and CEO at Automobili Lamborghini, said, “At its unveiling we said that with the Huracán, Lamborghini is writing the next chapter in its great history. The Huracán has delivered an evolution of design, technological know-how, driving adventures, track records and sales records since its launch. It was designed as a car to provide super sports emotion in every environment, from daily driving to thrilling performance on track. Every iteration of the Huracán has stayed true to that Lamborghini philosophy, while in motorsport the Huracán is not only the protagonist of the Lamborghini one-make Super Trofeo series but has proved its dominance in GT3 series throughout the world."

Since its first launch in 2014, almost three out of four customers of Lamborghini cars have chosen the coupe versions of Huracan. Lamborghini's top markets include the United States where it sold more than 30 percent of all Huracan models in the last eight years. Huracan models have largely contributed to Lamborghini's record sales performance last year when it clocked 2,586 units globally..

In 2021 Lamborghini became the first carmaker to add complete vehicle system control by Amazon Alexa in the Huracan EVO. It was also first to adopt the what:three:words function for accurate navigation anywhere in the world.