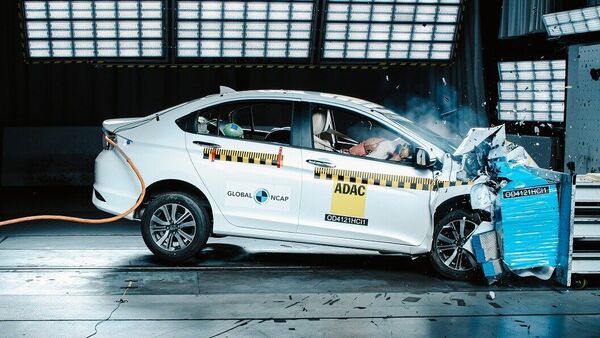 Renault Kiger which was tested by Global NCAP had no side airbags, driver knee airbags, ISOFIX anchorages. The Nissan Magnite too misses out on the same safety features.

Commenting on the result, Renault India's CEO and managing director Venkatram Mamillapalle said that safety is of paramount importance for the automaker and all of its products meet and exceed the requisite safety standards set by Indian regulatory authorities.

“Kiger combines the best Renault has to offer: our expertise in innovative cars and in-depth knowledge of customer needs. Renault Kiger has been well accepted by the customers with the strong value proposition that it offers in terms of distinctive design, smart features, and performance," he said, further adding “This is a proud moment for Renault in India, as KIGER was developed and produced in India, for Indian customers first, before we took it to the world."

to our strong commitment towards offering products that can deliver the highest global standards of safety, accessible to Indian customers," he added.

The Global NCAP has been testing the impact withstanding capability and safety of various passenger vehicles that are sold in India for the last few years under its campaign safer cars for India. Several cars in the recent past have shown that the build quality and the safety of modern cars in India have improved significantly over the last few years. Honda City, Honda Jazz, Renault Kiger and Nissan Magnite have joined the list.