Ferrari Purosangue SUV to debut in coming months, another model too in pipeline

Ferrari Purosangue SUV is expected to compete with rivals like Lamborghini Urus.
By : HT Auto Desk
| Updated on: 13 Apr 2022, 05:58 PM 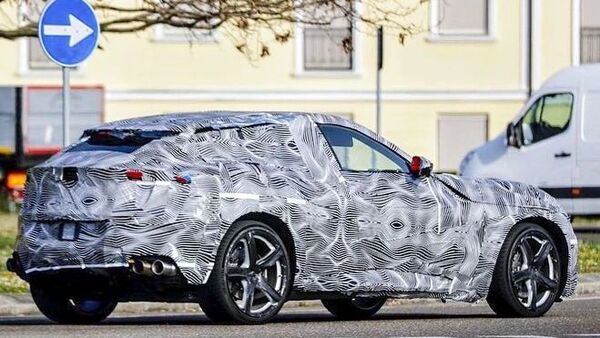 Ferrari is all geared up to launch its first-ever luxury SUV Purosangue in the coming months, the Italian sports car manufacturer's CEO Benedetto Vigna said on Wednesday, reports Reuters. He also said that Ferrari would unveil two models in the coming months after the four cars were introduced last year.

(Also read: 2022 Mercedes C-Class to launch on May 10 with more luxury; bookings open)

“One is the much anticipated Purosangue, which I’m confident will exceed our customers’ expectations," he said. The second model's detail is yet to be revealed by the automaker.

Several luxury and sportscar manufacturers that never ventured into the SUV territory have been showing keen interest in making utility vehicles lately. Bentley, Rolls-Royce, Lamborghini, and Maserati have already introduced their respective SUVs in the market. Ferrari is the latest car brand to join the bandwagon.

The upcoming high-performance SUV would arrive with an aerodynamic silhouette and strong rear shoulders. Also, this would arrive as taller and larger than any Ferrari model. Also, expect it to have a higher ground clearance increasing the practicality. Speaking about its powertrain, expect the car to come with a V12 engine under the hood of the top-spec variant of the Purosangue SUV. However, the automaker is yet to reveal any specific detail about its powertrain and specifications.

Ferrari is poised to make an exclusively limited number of Purosangue SUVs. Also, it is expected to help the Italian iconic car marquee to post record sales.