The new e-C4 will be the first Citroen model to have a fully electric version developed on the French group's new e-CMP platform.
By : Sabyasachi Dasgupta
| Updated on: 13 Jun 2020, 01:03 PM 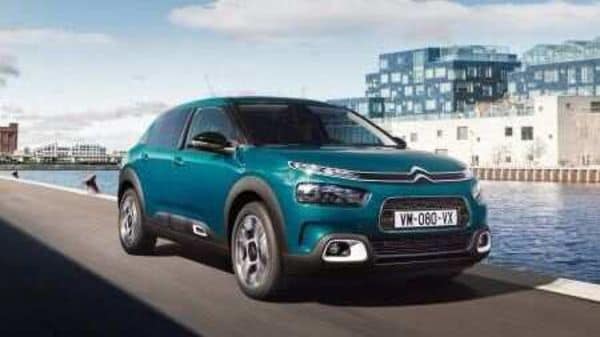 The new e-C4 will be the first Citroen model to have a fully electric version developed on the French group's new e-CMP platform.

Citroen has announced the date of unveiling for its next electric car, the new Citroen e-C4, which will make its world debut on June 30. The event will take place on digital platform where the final design and features of the new electric car will be revealed.

The new electric e-C4, which is being manufactured in Spain, will be the first Citroen model to have a fully electric version developed on the French group's new e-CMP platform, which it will share with the Opel Corsa-e, the Peugeot e-208 or the DS3 Crossback e-Tense.

With this announcement Citroen has also confirmed the official name for the model as e-C4. Compared to the current C4, the vehicle should have a longer wheelbase.

The e-C4 could inherit the same powertrain from some of the group's other electric models. The 100 kW (134 hp) electric motor can produce 260 Nm of maximum torque powered by a 50 kWh lithium-ion battery pack. As for range between recharges, the new Citroen e-c4 could cover up to 310 kilometres according to the WLTP cycle.

The Citroen e-C4 will be the electric avatar of the C4 models currently in market. The C4 is sold with an internal combustion engine, but the electric model will be different in looks as well as powertrain. According to Citroen boss Vincent Cobee, “Bring a new look to the segment." There are already photos of the Citroen e-C4 released which show the vehicle with a curved roof line.