Citroen, the latest foreign carmaker to enter India, will release a range of new models with an international scope, the first of which will be launched by the end of 2021.
By : Sabyasachi Dasgupta
| Updated on: 07 Apr 2020, 05:46 PM 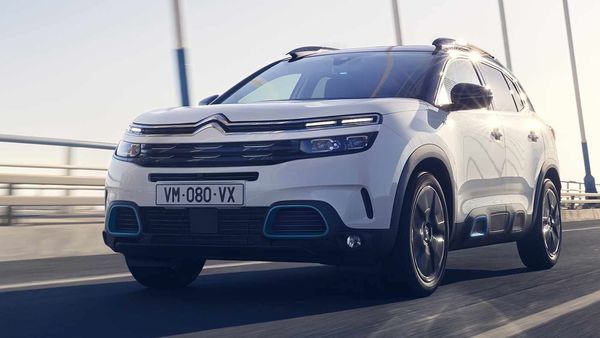 French carmaker Citroen has confirmed it will launch its first offering - the C5 Aircross SUV for the Indian customers by next year. Through the premium SUV, Citroen aims to create market acceptance for Citroen products in India.

Citroen CEO Linda Jackson confirmed the brand’s arrival in India this year at a press conference in Chennai. Carlos Tavares, Chairman of the Managing Board of Groupe PSA, was also present on the occasion.

Jackson confirmed the carmaker will introduce a range of new models with an international scope in India. The first of them will be launched by the end of 2021. But before that, the company aims to roll out its first batch of C5 Aircross SUVs for the Indian market.

The Citroen C5 Aircross SUV Hybrid will be powered by 1.6-litre petrol engine that is paired with an 80kW electric motor. Together they are capable to produce a maximum power of 222bhp and a maximum torque of 320Nm. The C5 Aircross SUV will come with an 8-speed automatic transmission. The electric mode comes with about 50 km range (WLTP cycle).

Earlier, Citroen India Senior Vice President, Sales & Marketing Roland Bouchara had said, "To support the launch of the C5 Aircross SUV, a premium C-SUV which will help us establish and deliver the Citroen brand experience, we will initially cover ten cities through Citroen network."

The company said it will roll out its ‘Inspired by You’ positioning in India, using the same formulas which have brought it success over the last 5 years in Europe.

The European auto major Groupe PSA is initially targeting ten cities for Citroen brand through smaller, yet highly digitised showrooms, with an aim to help its dealers to invest judiciously on premises, as per a senior company official.

(Also read: Meet Citroen Ami, a Nano-sized electric car that you can drive without a licence)

Citroen will release a range of new models with an international scope for the first time in India, the first of which will be launched by the end of 2021. Fully in line with the framework of the PSA Group’s Core Model Strategy, these new models will follow its principles with, in particular, one launch per year.