2022 Mercedes-Benz C-Class unveiled ahead of May 10 launch 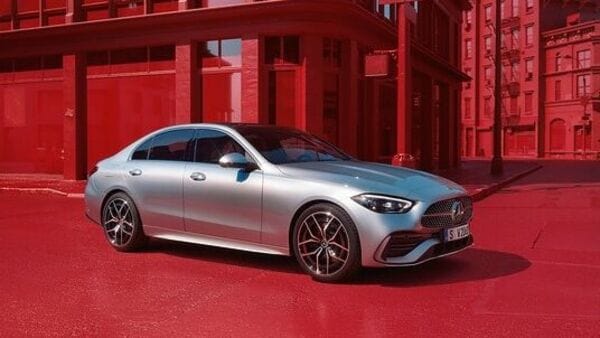 Mercedes-Benz will launch the 2022 C-Class luxury sedan in India on May 10.

Mercedes says the new C-Class has grown in size compared to its predecessor. It now has a wheelbase which is 25 mm longer, allowing more space inside for occupants. On the outside, the new C-Class boasts of several design updates including sleek LED headlights with integrated DRLs, a reworked grille and a new split LED taillight. The sedan will stand on either 17- or 18-inch alloy wheels.

The fifth-generation Mercedes-Benz C-Class will be launched in three variants which include C200 and C220d besides the top-of-the-line C300d. The luxury sedan will be powered by a new 1.5-litre petrol and a 2.0-litre diesel engines. Both engines will come with mild-hybrid technology and nine-speed automatic gearbox as standard.

The new petrol engine is capable of producing 201 bhp of maximum power and 300 Nm of peak torque, while the diesel unit can churn out 197 bhp of power and maximum torque at 440 Nm. The output of the 2.0-litre diesel engine in the range-topping C300d is 261 bhp and 550 Nm. Mercedes claims that the new C-Class can sprint from 0-100 kmph in 7.3 seconds while the top-spec C300d can do it quicker in just 5.7 seconds.

(Also read: Mercedes-Benz claims 2022 will be its best year ever in India)

The interior of the new C-Class will also offer several updates. The cabin will get three choice of colour themes which include Macchiato beige and Sienna Brown and Black with wood trim or metal trim. At the centre of the dashboard stands the large 11.9-inch touchscreen infotainment system equipped with the latest MBUX system and the 2.3-inch fully-digital instrument cluster. Like the S-Class, the infotainment screen offers biometric scanner for users to save their profiles with fingerprint scanner. It also offers features like dual-zone climate control, armrest for rear passengers, panoramic sunroof and wireless charging.

Mercedes will offer the C300d in three exterior colour themes which include Manufaktur Opalite White, Cavansite Blue and Obsidian Black. The lower two variants of the C-Class will get three more colour options in Salatine Grey, Mojave Silver and High-tech Silver.