The latest Mercedes-Benz C-Class comes packed with several new cabin features and complete with the promise of more comfort than before.
By : Shubhodeep Chakravarty
| Updated on: 10 May 2022, 13:03 PM

The newest C-Class from Mercedes is longer, wider and has a longer wheelbase than the model it replaces.

Mercedes-Benz India on Wednesday officially launched the 2022 C-Class at a starting price of ₹55 lakh (ex showroom) for the C 200 variant. The C-Class 220d and 300d diesel variants have been priced at ₹56 lakh and ₹61 lakh (ex showroom), respectively. The latest C-Class drives into the country as an even more premium sedan model with a vastly updated cabin that is plush and loaded to the brim with features. There are also some very striking visual updates on the outside of the model.

The C-Class has long been the entry-level Mercedes sedan before the A-Class Limousine, launched early 2021, took over. But while it may sit below the likes of the E-Class and the S-Class, the latest C-Class is being billed as a Mercedes with nearly the same levels of refinement and plush cabin feels.

The latest C-Class comes in three variants - C 200, C 220d and the C 300d. At a time when several of its rivals are ditching diesel engines, Mercedes is persisting with both petrol and diesel motors but more significantly, the C-Class now also comes with 48V Integrated Starter Generator Technology on all three variants which increases the power and torque figures. The ISG promises a smoother low-speed drive while enhancing mileage of the vehicle. 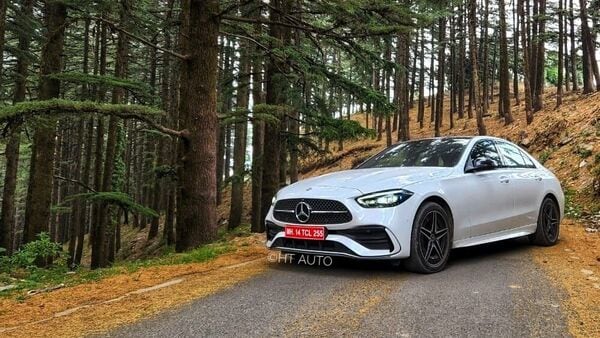 Seen here is the C-Class 300d variant which packs in AMG line styling.

The latest C-Class is powered by a 1.5-litre four-cylinder petrol engine in the C 200 variant and 2.0-litre four-cylinder diesel motors in the C 220d and C 300d variants. All of these engines are also paired with the 48V Integrated Starter Generator Technology and are mated to a 9-speed automatic transmission unit.

The C-Class is touted as the Baby S and this is mostly due to the feature list it boasts of. A 11.9-inch main infotainment display with the latest MBUX technology is the major highlight of the cabin and allows for a wide range of personalization and customization options. There is also a fully digital 12.3-inch driver display, wireless phone chargeing, connected car technology, Burmester sound system, large sunroof, leather upholstery and dual-zone climate control. 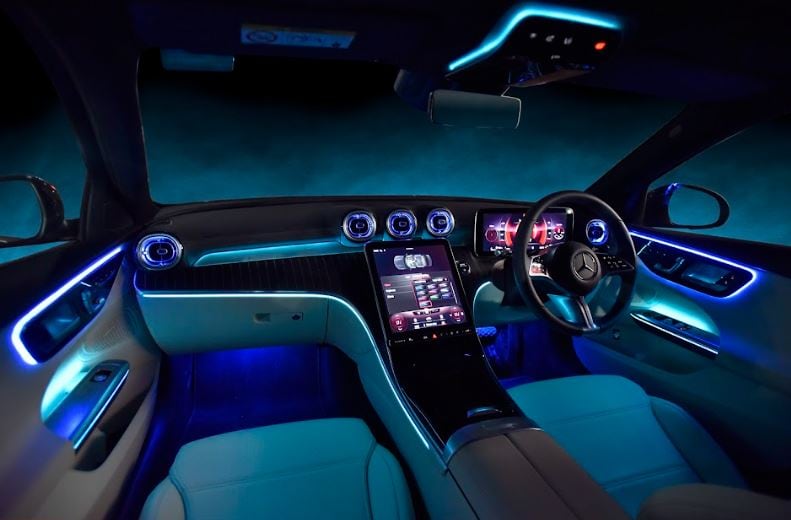 The C-Class stands on 17-inch alloy wheels with the 300d based on AMG line getting 18-inch five spoke alloys. The sedan also gets sleek LED headlights with integrated DRLs, a reworked grille and a new split LED taillight. 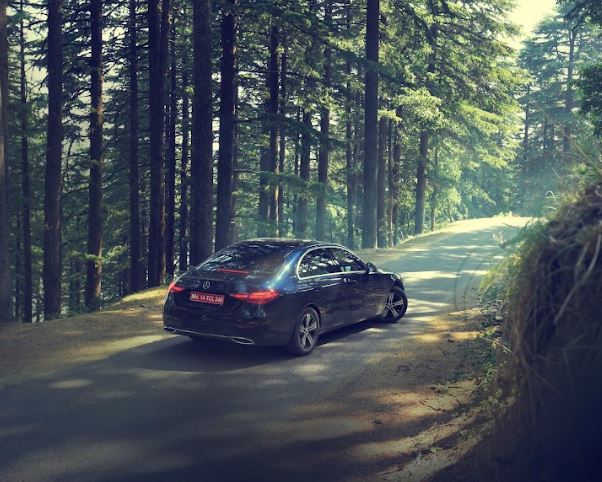 The new C-Class has a slightly higher ground clearance but still sits quite low to the surface.

The 2022 C-Class is offered in six body colours if one picks either the C 200 or the C 220d. These are Selenite Grey, Mojave Silver, High-tech Silver, Opalite White, Cavansite Blue and Obsidian Black. The last three colour options are the only shades in which the top-of-the-line 300d is available in.

In the cabin, the C 200 and C 220d has three upholstery colour choices in Sienna Brown, Black and Macchiato Beige. The C 300d gets a two-tone Sienna Brown/Black and an all-Black colour option.

The new C-Class renews its rivalry against the likes of BMW 3 Series and the Audi A4.