Yezdi set to return to India with 3 new motorcycles today. What to expect

The iconic motorcycle brand Yezdi is all set to return to India with the help from Classic Legends, owned by Mahindra Group.
By : Sabyasachi Dasgupta
| Updated on: 12 Jan 2022, 12:19 PM 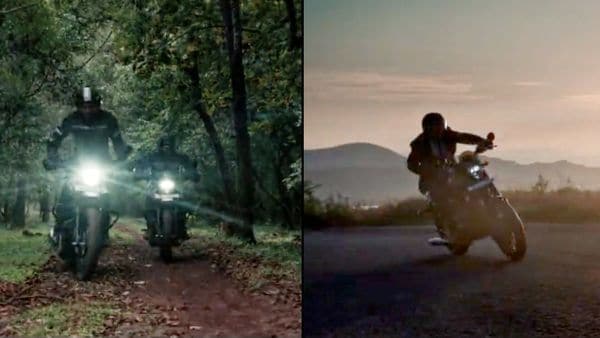 Yezdi is all set to return to the Indian markets after a gap of more than 25 years. The company has teased three motorcycles ahead of the launch on January 13.

Iconic two-wheeler manufacturer Yezdi is all set to return to the Indian markets after a gap of 26 years. The Czech brand, which has been revived under the umbrella of Classic Legends, a unit owned by Mahindra Group, has teased three motorcycles ahead of the launch on January 13.

Yezdi is the third brand to be revived by the Classic Legends after it brought back Jawa and BSA to India. Yezdi used to sell in India till 1996 before the production was stopped. The brand used to sell the Roadking, Delux and Monarch models when it decided to shut shop.

Ahead of the launch tomorrow, Yezdi has teased all three motorcycles through its social media handles which give a clear hint at the nature of the motorcycles set to hit the Indian roads. When launched, the Yezdi motorcycles are expected to rival Royal Enfield, Honda and KTM bikes which have similar range of models.

The teaser which showcases all three motorcycles show an Adventure and a Scrambler model making their way through forests. What can be made out from the teaser video is that both motorcycles will sport circular LED headlights, twin exhausts. These things were also spotted when the bikes were seen testing on roads in camouflage.

Earlier, spy shots had revealed that the Adventure motorcycle from Yezdi sporting a tall windscreen, beak-style front fender, jerry can holders, saddles stay, and a rear luggage rack. The exhaust canister seems to have been inspired from the Royal Enfield Himalayan.

The third motorcycle at the end of the teaser seems to be what the classic Yezdi Roadking was all about. This cruiser motorcycle also is expected to come with circular LED headlights, taillights and turn indicators as well as a split seat. Spy shots shared earlier hints that the bike will also get cast alloy wheels, telescopic front suspension with fork gaiters, twin rear shocks and disc brakes on both wheels.

The Yezdi motorcycles are likely to be powered by a 334cc, single-cylinder, liquid-cooled engine that is capable of generating maximum output of 30.64 bhp and 32.74 Nm of peak torque. However, the figures may vary for the type of motorcycles. The transmission job is likely to be handled by a six-speed unit.