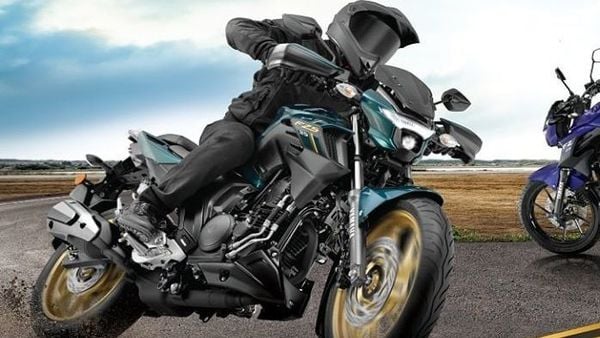 Yamaha Motor India has officially announced on its social media handles that it is soon going to launch the updated FZ 25 BS 6 and the FSZ 25 BS 6 motorcycles. The company has posted 'Coming Soon' on both the bikes.

The launch of the updated FZ 25 and FZS 25 was already confirmed for April, while the company started accepting pre-bookings since 1st week of March. The booking token amount ranges in from ₹1,000 to ₹5,000, depending up on the dealership location.

The updated Yamaha FZ 25 BS 6 was revealed earlier this year in February. In terms of exterior appearance, the bike gets an overhauled front face with robotic-style bi-functional LED headlight and LED DRL. Other than this, the bike now also features sharper looking bikini fairing as well as a taller visor. On the lower side, there is a new underbelly engine pan which contributes to its sportier appeal. Save for these updates, rest of the bike looks similarl to the previous BS 4 model.

It now features a multi-function negative LCD instrument cluster, along with a side-stand cut-off switch safety function. The updated model will be launched in two colour options - Metallic Black and Racing Blue.

The FZS 25, on the other hand, is a slightly funkier looking sibling of the FZ 25. It features golden coloured alloy wheels, hand gaurds, longer windscreen, and other cosmetic switches.

As far as mechanical updates go, both the bikes run on the same 249 cc single-cylinder engine air-cooled, 2-valve, SOHC, fuel-injected engine which has been tweaked in order to meet the required BS 6 emission standards. The engine churns out 20.8 PS of power at 8,000 rpm and 20.1 Nm of torque which hits at 6,000 rpm. It comes mated to a 5-speed transmission set-up.

Both of these quarter-litre offerings from Yamaha rivals the likes of Suzuki Gixxer 250 series and Bajaj Dominar 250.