After Japan, the Yamaha Majesty S scooter will also be launched in several other markets across the globe.
By : Prashant Singh
| Updated on: 24 Mar 2020, 01:22 PM 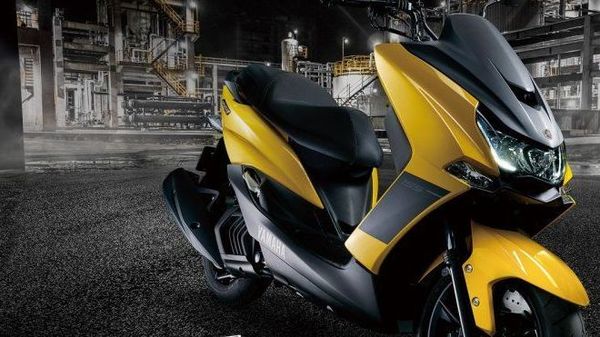 Yamaha Majesty S scooter has been launched in the Japanese market at a price tag of ¥3,45,000 (equivalent to ₹2.4 lakh). It comes as an even more powerful offering than the Aprilia SXR 160 maxi-scooter which will set foot in the Indian market around August this year.

After Japan, the Majesty S scooter will also be launched in several other markets across the globe, and Malaysia and Philippines will be probably be on the list.

On the outside, the scooter hosts a stylish apron-mounted LED headlight and features quite a bold profile which makes it look quite attractive. Also, the high-raised pillion-seat contributes to its aggressive stance. Moreover, other styling bits like the alloy wheels, blacked-out side-mounted exhaust and black-yellow contrasting colour scheme adds flair to its overall sporty appeal.

It has a relatively taller seat height of 795 mm. Also, its running order weight of 145 kg is at par with most of the commuter segment motorcycles in India. It is good enough to accommodate 7.4-litre fuel at once which is on a higher side in comparison to the regular scooters sold. It is suspended on a telescopic fork (front) and a single monoshock (rear) setup.