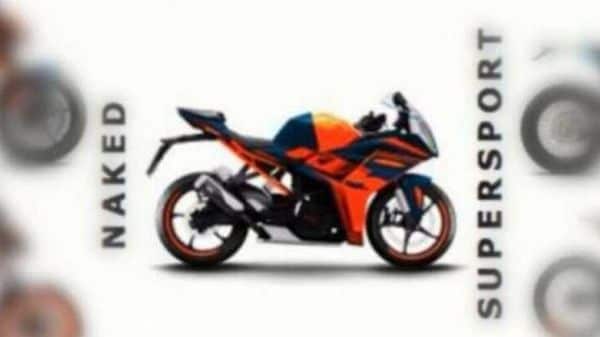 KTM is developing a new generation RC390 motorcycle which is set to replace the current first-gen model. The updated bike was also spotted getting tested on the public roads recently.

The 2021 RC390 has been listed online at the KTM's website under the future product portfolio section.

The RC390 remains the sole product under KTM's RC series after the original RC8 supersport was taken down a few years back.

While the image (above) doesn't provide an exact clear view on the upcoming RC, it does show the basic design makeover the bike is set to receive. It isn't hard to figure out the new heavier front-end along with a fresh livery that mimics KTM’s increasingly successful MotoGP-effort with orange and blue shades.

The overall position of the handle bar, foot pegs appears to be more or less the same. The rear-end, as revealed in the previous spy images, has been tweaked and so is the updated rear subframe.

While these changes are obvious to the naked eye, what remains out of sight are the internal tweaks. For the record, the company is already working on a fresh ‘490’ line-up that should supercede the current ‘390’ models. But what isn't clear at the moment is if the RC models would be the first among the lineup to receive the new powertrain.

As far as future models are concerned, KTM is planning to plug the gap between the recent upgrade from 790 cc to a 890 cc range with a new 750 cc powertrain which will be developed in conjunction with CFMoto.