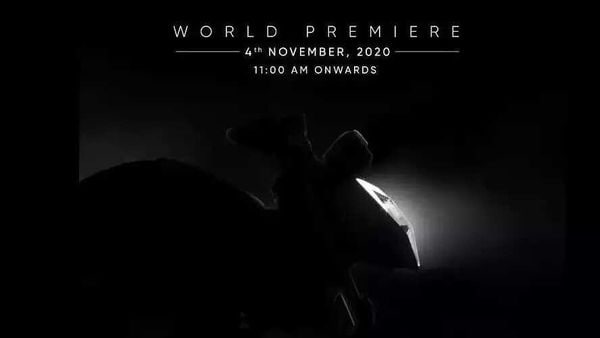 The upcoming bike could be an offering in the TVS' Apache family.

TVS Motor Company has announced that it is going to launch a new motorcycle on Wednesday (November 4). The company has also said that the new bike is going to be an offering in the company's highly popular Apache series of bikes.

TVS has also shared a teaser image (above) which hint towards a naked roadster from the Apache RTR Series. Recently, the Hosur based automaker has also announced that its Apache series of bikes have clocked a sales milestone of over 4 million units. The Apache series is one of the fastest-growing premium motorcycle brands in India, with a strong presence across global markets. (Know more details here)

While a naked version of the popular RR 310 (RTR 310) is highly awaited, that launch is highly unlikely. However, the upcoming motorcycle could be a special edition version of the RTR 200 4V or the RTR 160 4V, which could be introduced in a special paint theme and graphics to attract a larger set of audience. Moreover, the special edition model (RTR 160 4V) could also be introduced with the company's SmartXonnect system which has been missing from the motorcycle from quite sometime now. A theory also suggests that the company might also introduce a '4V' version of the RTR 180 motorcycle.