The new Speed Triple 1200 RS is the most powerful Speed Triple bike to be ever launched by Triumph Motorcycles. With the latest-gen update, the bike has gained a host of new electronics, updated styling and a bigger capacity powertrain.
By : Prashant Singh
| Updated on: 28 Jan 2021, 12:13 PM 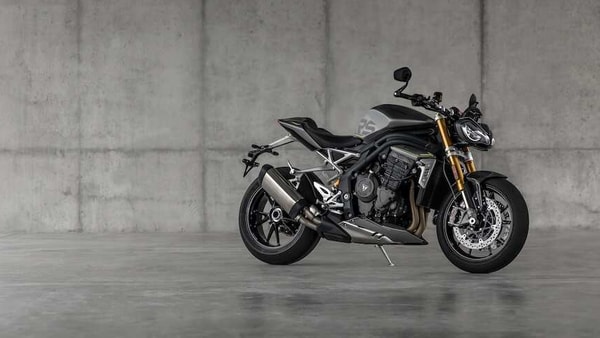 Triumph has launched the 2021 Speed Triple 1200 RS motorcycle in the Indian market.

The bike has been reworked heavily from the inside out. For starters, it sources power from a completely new and higher capacity 1160 cc triple-cylinder powertrain. This engine as per the bike maker has been 'developed with insights from its Moto2 race engine programme.'

The engine has been rated to push out a total of 180 PS of maximum power at 10,750 rpm, while the peak torque rating stands at 9,000 rpm. Apart from churning out more power and torque, the new engine also revs 650 rpm higher than the previous powertrain. It also benefits from a new 'free-breathing intake and exhaust.'

Apart from making the bike more powerful, the company has also trimmed down the overall weight which further aids in improving the power-to-weight ratio of the motorcycle. In the latest avatar, the bike weighs 198 kgs which is straight 10 kgs lighter than the last model. As per the Triumph, the new bike boasts the highest power-to-weight ratio ever in the Speed Triple’s history. While the new ratio is 25% greater than the model it replaces, it is almost twice against the original Speed Triple motorcycle which started the revolution in 1994.

It comes with premium equipment and cycle parts including the fully-adjustable Ohlins suspension at both the front and rear end. As per Triumph, the suspension has been tuned to 'deliver the optimum balance of performance, comfort and control.' For stopping power, the motorcycle utilises new high-performance twin Brembo Stylema radial monoblock calipers for the front and a single Brembo twin-piston caliper which takes care of braking duties at the rear wheel. 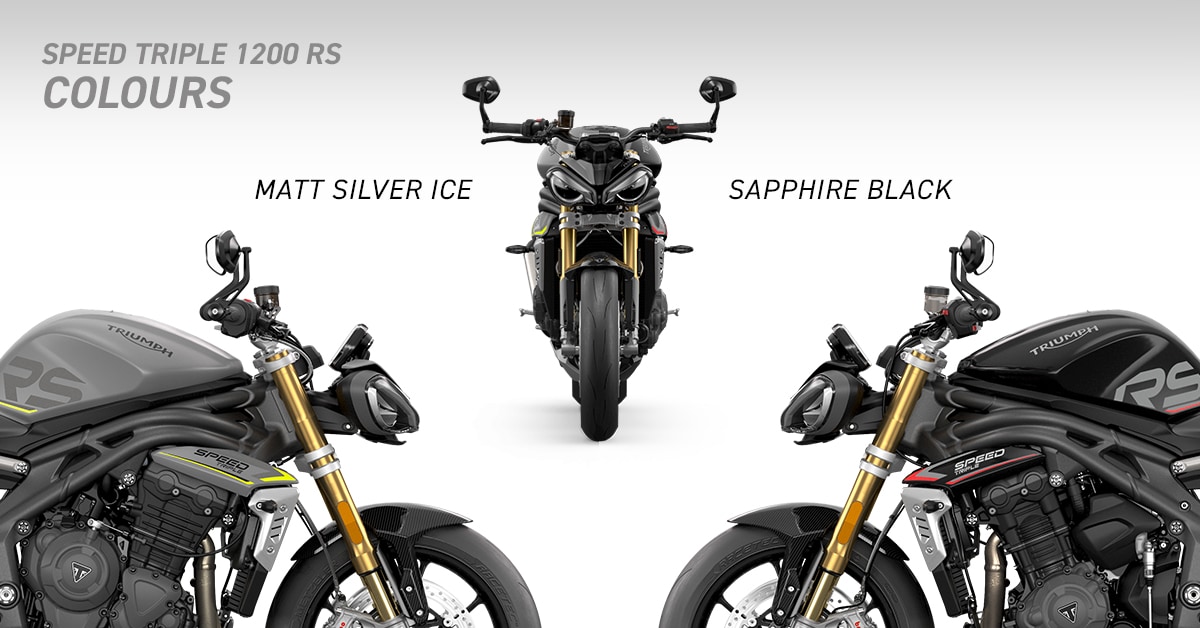 The Speed Triple 1200 RS gets two new paint and graphics schemes - Sapphire Black, with red and silver graphics, or Matt Silver Ice, with black, silver and yellow graphics. It has a service interval period of 16,000 km and is offered with two years unlimited mileage warranty.