New-gen Suzuki Hayabusa is designed for munching miles. But how good is it on the Indian highways?
By : Prashant Singh
| Updated on: 30 Jun 2022, 18:29 PM 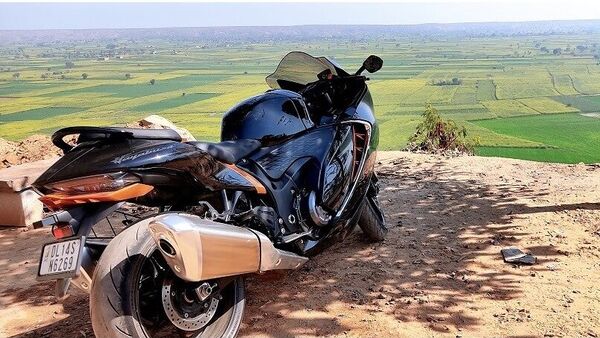 2022 Suzuki Hayabusa rests comfortably after a challenging run to the top of Tijara mountain fort.

The new-gen Suzuki Hayabusa replaced the older version in India sometime in early 2021. While I did get the opportunity to hop on the saddle of the reborn Busa last year, the itch for taking it on a longer ride couldn't be satisfied due to time limitations. Thankfully, Suzuki Motorcycle India was kind enough to send the bike again for a more extensive test which justifies Busa's touring credentials. Here are some quick observations I made during my single day, odd 400 km ride from Delhi-Tijara-Alwar and back. 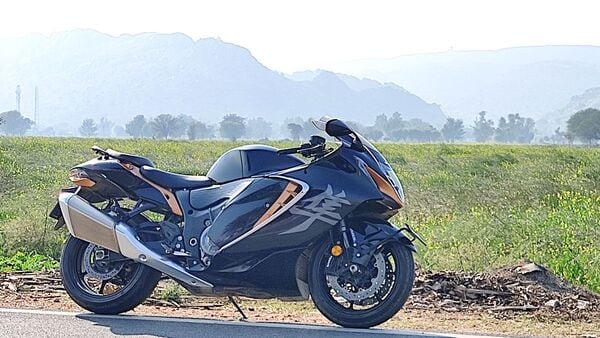 The falcon-inspired DNA of the 2022 Suzuki Hayabusa speaks volumes as soon as you gain triple-digit speeds on the wide-open highways. Suzuki Hayabusa grabs instant attention wherever it goes. Especially when it is around a generation that is defined by the Bollywood movies such as Dhoom. 2022 Suzuki Hayabusa reaches Alwar (from Delhi) without breaking a sweat.

Chink in the armour?