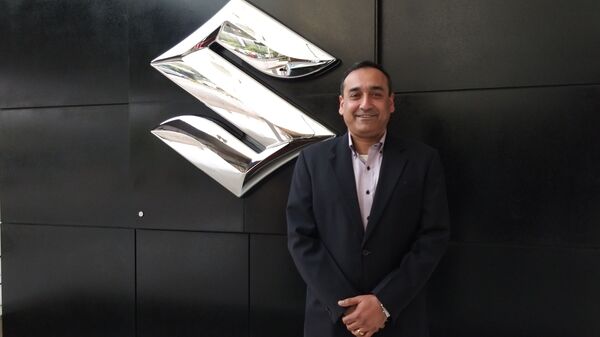 Suzuki Motorcycle India recently announced that it has been able to grow by 27.6% in FY 21-22, despite the entire industry tanking due to several factors. The two-wheeler subsidiary of Suzuki Motor Corporation has managed to continue with the sales momentum despite the changing demographics of the industry due to sudden pace in the EV demand, and manufacturing challenges due to semi conductor shortages across the globe.

But while challenges may have been aplenty, Devashish Handa, Executive Vice President, Suzuki Motorcycle India highlights that there have also been opportunities for the taking. “Last year has been quite challenging in terms of supply chain disruptions, largely because of the semiconductor shortage that is being experienced across the world. And our ability to meet the demand has been hit substantially. So on that point of view it has been a challenge. The second challenge was that most of the last year saw very steep increases in commodity prices, inflation going up," he tells HT Auto. "Good part was that, unlike the rest of the industry, we did not have a demand side problem. In terms of demand, we continued to have a very robust order book, both from the domestic market and our overseas market. But then these challenges had their toll so we could not make as much we could have. That is how in a nut shell, the last year has been."

The company has a very centered approach, while most of the players in the two-wheeler segment have a very diverse portfolio which mainly comprise commuter vehicles. Suzuki says it has exited that space consciously and only plans to cater to a specific set of customers and this is how it has managed to scale up its market share drastically.

“We have gone beyond 4.6%, we were just about 3.4% last year (overall market share). And I'd like to qualify here that we do not participate in half the Indian two-wheeler market which is commuter segment. We have exited that space consciously. Despite that, this is the kind of market share that we've been able to scale up to so far. In the scooter side, which is an intensely competitive space, we have already reached 15%. That is big, and very heartening as we gained 4% in just one year," said Handa.

The company recently introduced the Standard Edition of the Avenis as well as the V-Strom SX and promised that more such new models will be launched in the future. “Regardless of how the industry has behaved, we have only gone up. We strive to continue that trend. We have again demonstrated it in FY 2021-22, that even though the industry tanked, Suzuki has grown 17%. A very healthy growth in the face of a very sharp decline. Moving forward, there will be a lot of interesting developments in the times to come, that we can assure," Handa added.