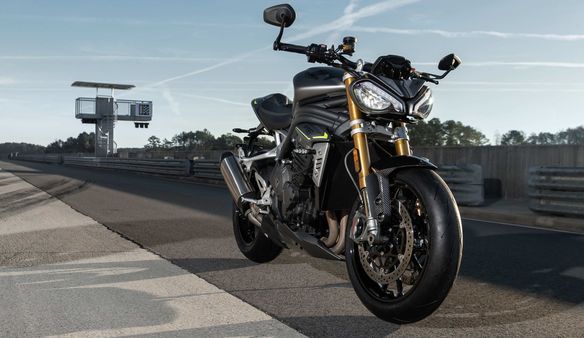 Triumph Motorcycles has revealed the new Speed Triple 1200 RS on Tuesday. The latest 2021 iteration of the Speed Triple motorcycle is claimed to be the most powerful and modern to ever come out.

For starters, it now features an all-new higher capacity 1160cc triple engine. This, as per Triumph, has been 'developed with insights from Moto2 race engine programme.'

The new powertrain has been rated to develop 180PS of maximum power at 10,750 rpm and 125Nm peak torque at 9,000 rpm. The latest engine, apart from delivering more power, also revs 650rpm higher. The system includes a new 'free-breathing intake and exhaust.'

Its new 5" TFT instrument screen is available in two different themes. As per the company, the new screen 'guarantees less reflection' and has an improved 'image clarity in any lighting condition.' It also embeds a lap timer for track use.

The motorcycle will be launched in India on January 28th. The company is yet to announce its delivery plans for the country.