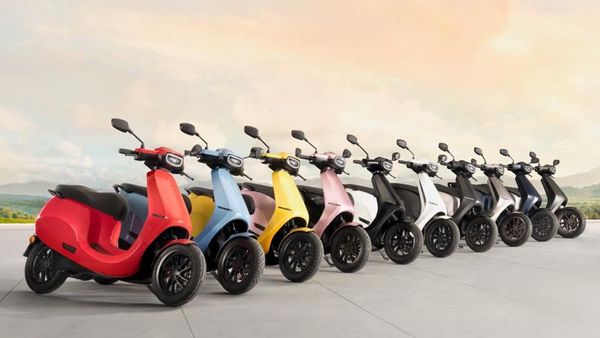 Ola Electric has grabbed attention of the world with its attractive e-scooter.

Despite the recent reduction in excise duty and VAT rates, the petrol price in India is still pretty high to burn the consumers' pockets. The country is known for the high demand for scooters that contribute a large chunk in total two-wheeler sales in India. ICE scooters account for nearly 70 per cent of total petrol consumption in India. Now, with the sky-high petrol price, consumers are shifting their focus on electric scooters, reveals a Bloomberg report.

At current prices, even the most fuel-efficient two-wheelers too guzzle petrol worth more than ₹100 for a 100-kilometre ride. The fact that an electric scooter can run the same distance at less than ₹20 is pretty alluring for the consumers to go for an e-scooter ditching the petrol-powered ones.

The widening variety of electric scooters, reducing parity between the electric and ICE scooters' upfront costs, low cost of ownership for the EVs compared to their ICE counterparts are other factors pushing demand and sales of the electric scooters in India. Along with that, increasing demand for personal mobility to avoid shared mobility and public transport amid the pandemic are also fuelling the demand. EV policies announced by various state governments along with the FAME-II scheme are also playing catalysts in the growth story.

BloombergNEF forecasts that electric motorcycles and scooters will account for 74 per cent of all vehicles sold by 2040 in India, up from less than one per cent now. This transition is expected to be boosted further by India's commitment to becoming net-zero by 2070.

Electric two-wheelers are driving the growth momentum of EVs in India, as these are low-hanging fruit for e-vehicle adoption, compared to electric personal cars. While traditional two-wheeler majors are still following a go-slow mode for introducing electric two-wheelers, startups such as Ather Energy, Ampere Electric, Ola Electric etc are pushing hard to grab a large chunk in the space.