Ola Electric had raised $200 million in September this year to accelerate its plans to develop electric motorcycles and cars as well.Ola Electric is currently offering test drives for its first battery-powered S1 scooter across cities like Delhi, Bengaluru, Kolkata and Ahmedabad.
By : HT Auto Desk
| Updated on: 14 Nov 2021, 11:03 AM 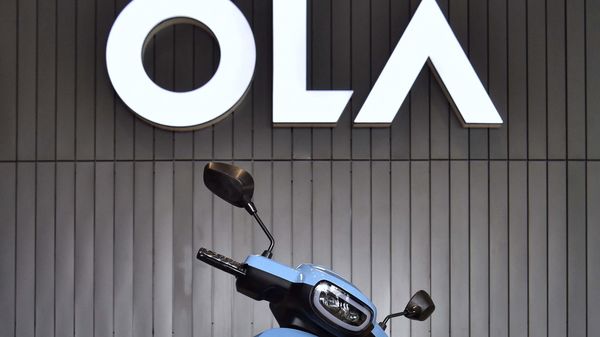 Ola Electric CEO Bhavish Aggarwal has confirmed that the cab-aggregator-turned electric vehicle startup will start developing electric motorcycles and cheaper electric scooters from next year. Aggarwal had earlier mentioned in a blog post that the company plans to expand its EV range from just e-scooters to e-bikes and e-cars as well.

He took to Twitter to confirm the timeline for the company's focus on electric bikes and cheaper e-scooters. While retweeting a news post by Electrek about production of electric motorcycles and cheaper electric scooters, Aggarwal wrote, “Yes next year."

Earlier in September, Ola Electric had raised $200 million to accelerate its plans to develop electric motorcycles and cars as well. Aggarwal had tweeted that the fund raise is a part of the EV startup's plans to fast track its ‘Mission Electric: No petrol 2W in India after 2025’. The company envisions that there will not be any petrol-powered two-wheeler running on the country's roads by mid-decade.

The EV startup had launched its first battery-powered scooter - Ola S1/ S1  Pro - in August this year and the model is currently being offered for test drives across cities like Delhi, Bengaluru, Kolkata and Ahmedabad. The test rides have been arranged so that many who have reserved a unit can take a look at the product and its performance before completing the purchase process. The company plans to begin first batch of deliveries soon after the test rides are over, though a specific date isn't yet available.

The company had commenced the first sale process of its electric scooter in September while the new purchase window will be commenced on December 16 as Ola is currently 'busy fulfilling existing orders’ that it has received so far in an ‘unprecedented demand’ for its scooters.

The Ola Electric scooter is available in two trims - S1 and S1 Pro. Ola S1 has been priced at ₹one lakh and gets a claimed range of around 120 kms on single charge while S1 Pro has been priced at ₹1.30 lakh and gets a claimed ranged of 180 kms on single charge. The price of the e-scooter is ex showroom and will vary from state to state depending on subsidies on offer.