Ola had earlier said that it is keen to venture into the electric motorcycle and cars segment after launching its first electric scooter S1 and S1 Pro last month.
By : HT Auto Desk
| Written By : Sabyasachi Dasgupta
| Updated on: 30 Sep 2021, 06:20 PM 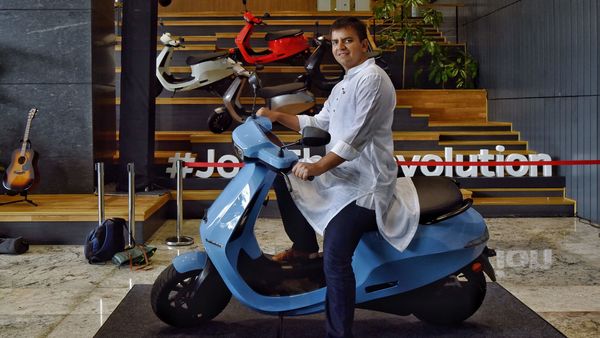 Ola Electric, India’s latest electric two-wheeler manufacturing company, has announced that it has raised over 200 million dollars from Falcon Edge, Softbank and others. The lenders have put Ola Electric's valuation at around 3 billion dollars ahead of the company's plan to launch its IPO.

After the launch of the electric scooters, Bhavish Aggarwal, CEO and Co-Founder of Ola Electric, had expressed his intentions to expand the business to electric motorcycles and cars as well. The latest fund raise has given a boost to his plans.

“India is building technologies of the future and becoming a global EV hub! With this raise, we will accelerate our vehicle dev across 2W scooters, motorbikes and 4W. And fast track Mission Electric: No petrol 2W in India after 2025," Aggarwal wrote while announcing the fund raise development on Twitter today.

The company has issued a statement saying that it will now speed up development of these vehicle platforms, which will also include mass market electric scooters.

India is building technologies of the future and becoming a global EV hub! With this raise, we will accelerate our vehicle dev across 2W scooters, motorbikes and 4W.

And fast track Mission Electric: No petrol 2W in India after 2025! #jointherevolution https://t.co/u2IGW7oshB

Ola Electric manufactures its two-wheelers at the Futurefactory near Chennai in Tamil Nadu. The facility, which is currently undergoing production trials, is said to be the largest and most advanced two-wheeler manufacturing facility in the world. The factory, which has been built in the last six months, is entirely run by women. At full scale, it will have over 10,000 women employed.