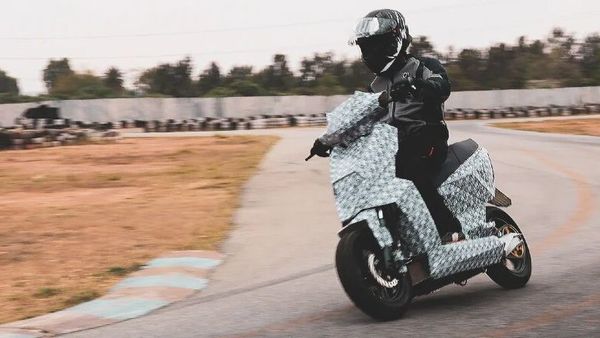 The Mark 2 will be capable of accelerating from 0 to 50 kmph in just 3.6 seconds.

Simple Energy, the Bengaluru-based electric vehicle start-up has announced that it is gearing up to introduce its first product, an electric scooter on August 15th, 2021. Previously the scooter was slated to go on sale in the first half of 2021 but the Covid-19's second wave seems to have thrown a wrench in the launch plans.

The upcoming electric two-wheeler has been codenamed Mark 2 which is a long-range electric scooter with a top-speed of 100 kmph. As per official claims, the Mark 2 will be capable of accelerating from 0 to 50 kmph in just 3.6 seconds. It will feature a 4.8 kWh lithium-ion battery that will enable the scooter to cover 240 km in eco mode when fully charged.

Speaking on this announcement, Suhas Rajkumar, Founder, and CEO of Simple Energy said, "We are thrilled to be announcing the launch date. 15th August is a significant milestone for the nation, Simple Energy aims at creating history with a world-class product made by an Indian company. Due to the ongoing second wave of COVID-19, we have chosen this date by hoping that the situation would get better. We look forward to the remarkable journey ahead."

The Mark 2 scooter will sport a futuristic design and will be based on a mid-drive motor with a removable battery. Some of the key features such as touch screen, on-board navigation, and Bluetooth connectivity will be seen on the scooter which is likely to be priced somewhere in the range of Rs1,10,000 to ₹ 1,20,000, the company has announced.

It will be made available in Bengaluru initially where the company has its R&D centre and factory. After Bengaluru, it will be also be introduced in other major cities such as Hyderabad and Chennai.