Future bikes and scooters from the Piaggio group may feature courtesy lights for rider's convenience during parking. This feature is generally found in four-wheelers.
By : HT Auto Desk
| Updated on: 12 Dec 2020, 11:57 AM 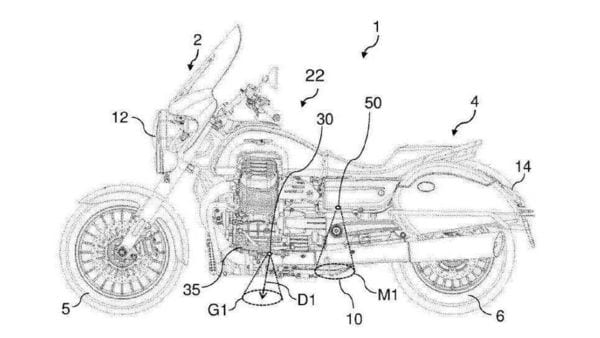 The first light can be seen lighting the ground under the rider's footpeg, while the second one under the passenger's ground.

Piaggio Group has recently filed for a patent of a new type of courtesy light that illuminates the ground under the two-wheeler while parking. This feature is generally found on four-wheelers with lights being embedded in the section of the front doors which meets the B-pillars. The idea is to provide users a clear view of the area when stepping out of the vehicle.

The patent shows the lights fitted to a heavy-weight Moto Guzzi touring bike which includes two sets of courtesy lights. The first light can be seen lighting the ground under the rider's footpeg, while the second one under the passenger's ground.

These lights will not only guide the rider if accidentally stepping into a puddle but this feature will also come handy while extending the parking stand of the bike, especially when it is a heavy-weight beast such as the Moto Guzzi California which weighs in excess of 320 kg. 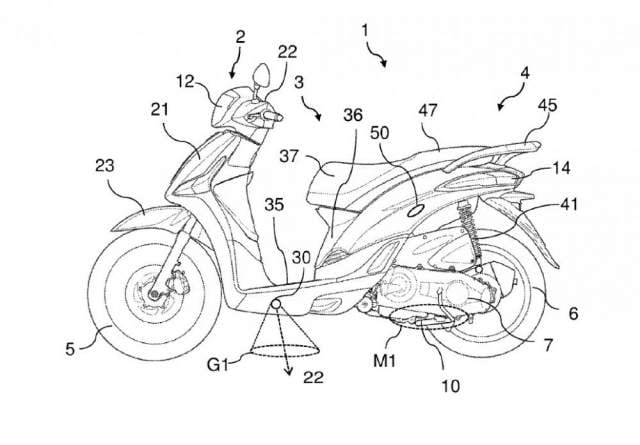 Scooters under the Piaggio group may also benefit from courtesy lights in the near future.

There is also a second image which shows the system used on a small capacity scooter. Here the lights are used under the running boards of the scooter to serve the same purpose. Some may say it is overkill for a scooter, but the system might actually prove to be useful irrespective of the weight/make of the vehicle since having an indication of the ground underneath the boards may surely help to prevent an embarrassing slip while stepping off.

Piaggio has also registered Aprilia 'eSR1' name for one of its future two-wheelers. Reports suggest that ‘e’ in the name stands for 'electric' and the firm may be planning a battery-powered two-wheeler which is said to break cover in 2021. (More details here)