The upcoming India-bound Aprilia bikes are said to be designed by the company’s team in Italy.
By : Prashant Singh
| Updated on: 08 Dec 2020, 06:39 PM 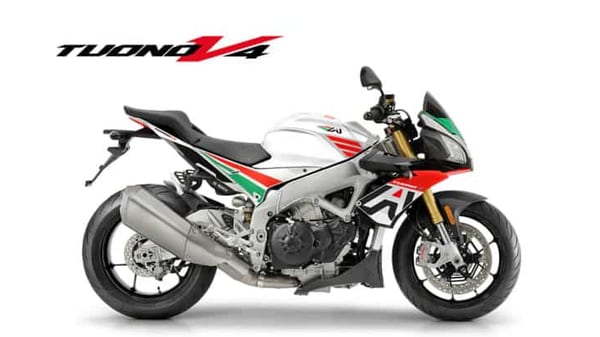 Piaggio has some very interesting plans for the Indian motorcycle market. Apart from the confirmed introduction of Aprilia SXR 160, the company has announced that it is working on a brand new motorcycle platform for India. It will launch motorcycles in the range of 350 cc to 450 cc segment under the Aprilia umbrella. Piaggio revealed that the upcoming bikes are currently in concept stage and will arrive by 2022-2023. The latest development was officially confirmed by Diego Graffi, CEO, Piaggio India.

For the record, Piaggio has also previously showcased the RS150 and the Tuono 150 at the Auto Expo 2018, but never announced the launch of these bikes as the company believes that the market has matured to higher capacity bikes (300 cc to 400 cc) now.

The company also revealed that the upcoming bikes will be designed by its team in Italy and will be set for manufacturing here in India. In terms of exteriors, the design and styling is said to be in-line with the bigger litre-class offerings - Tuono 1100 and RSV4.

In order to really stand out, Piaggio will have to price these bikes very competitively against everything in the segment which contain bikes such as KTM 390 Duke/RC390, TVS Apache RR 310 and BMW G 310 R.

Piaggio has also recently confirmed that it will launch the RS 660 in the Indian market by mid-2021. The bike will arrive in the country via CBU route and will lock horns with the Kawasaki Ninja ZX-6R.