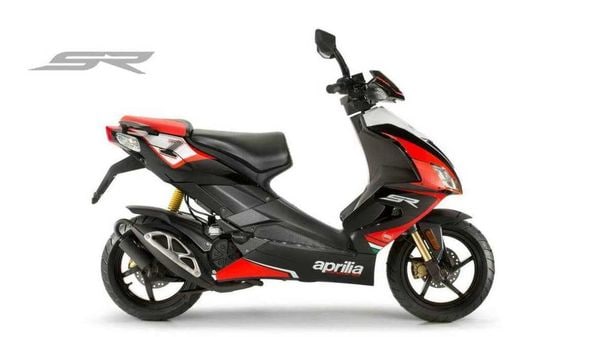 Aprilia has recently registered eSR1 name for one of its future two-wheelers. The ‘e’ in the name is rumoured to stand for 'electric' and the firm may be planning a battery powered scooter which is said to break cover in 2021.

The eSR1 could mark the return of the brand's lightweight sports scooter which made its name in the late 90s and 2000s. If the rumours hold any ground, the eSR1 will become the second electric scooter from the Piaggio group after Vespa Electtrica which has been recently confirmed for the Indian market.

There is no official confirmation about any more details on the eSR1, but it will most likely borrow technology and features from the Vespa's battery powered offering. If such is the case, the scooter might be introduced in both 30mph as well as 45mph versions, with motors delivering either 5bhp or 8.5bhp.

The scooter's badge shows the use of similar font style and colour combination.

Image of the scooter's badge shows the use of similar font style and colour combination in comparison to the badge of the existing petrol powered SR scooter. It also shows that both the offering will be similar in more than just nameplate alone.

In a recently interaction, Piaggo India CEO and Managing Director Diego Graffi has confirmed that the company will introduce its Vespa Electricca scooter in the Indian market by 2022. The same scooter was also set on display at the Auto Expo 2020. "We use our own design, own technology for our electric two-wheelers, and the same will be applied to the new Vespa electric scooter. We're looking at the right powertrain for the Indian market, because we don't believe in sourcing the powertrain and technology from outside vendors," Graffi said.