One Ola Electric customer had shared his experience on social media claiming the S1 Pro electric scooter had faulty regenerative braking. The owner's son was severely injured.
By : HT Auto Desk
| Updated on: 22 Apr 2022, 11:51 AM 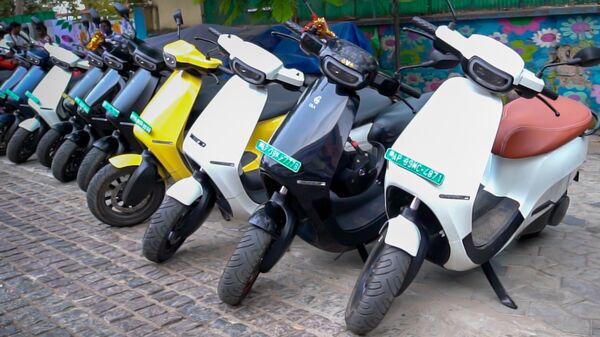 Days after an owner of Ola Electric's S1 Pro electric scooter complained about faulty regenerative braking leading to an accident, the EV maker has come out to deny the claims. In what seems to be the first instance with Ola, the electric two-wheeler manufacturer has publicly shared the vehicle data to show how the scooter was being driven when the accident took place. One person was severely injured in the accident that took place earlier this month in Guwahati, capital of Assam.

The complainant, named Balwant Singh, took to social media platform Twitter to allege about his faulty Ola Electric scooter. He claimed his son, who was injured in the accident, was trying to slow down at a road bump when the scooter accelerated suddenly on its own. He also requested Ola Electric to share the data of the scooter on the date of accident which, he claimed, one Ola executive was ‘hesitant’ to share.

Responding to the incident, Ola Electric has issued a data chart showing how the electric scooter was being driven at the time when the incident took place. Ola Electric said, “We did a thorough investigation of the accident and the data clearly shows that the rider was overspending throughout the night, and that he braked in panic, thereby losing control of the vehicle. There is nothing wrong in the vehicle."

Besides issuing this statement, Ola Electric also provided a data chart which showed sudden bursts of speed before the incident took place. The graph shows speed data for the incident for a 30-minute duration till the time of accident. “Our data shows all three brakes being applied together - front brake, rear brake and regenerative brake (reverse throttle) likely due to an obstruction on the road. This brought the speed down from 80 kmph to 0 kmph in 3 seconds," said the statement from Ola Electric.

Our statement on the Guwahati scooter accident pic.twitter.com/LbwDLXNh3P

“In the data, no sudden torque acceleration is observed after braking, contrary to the customer claims. The vehicle is detected by our sensors to have fallen on the right side," concluded Ola Electric on its report.

Ola Electric has offered all assistance to the owner, whose son has fractured one of his hands, and has multiple stitches on the other. He had to be flown to Mumbai from Guwahati for treatment.