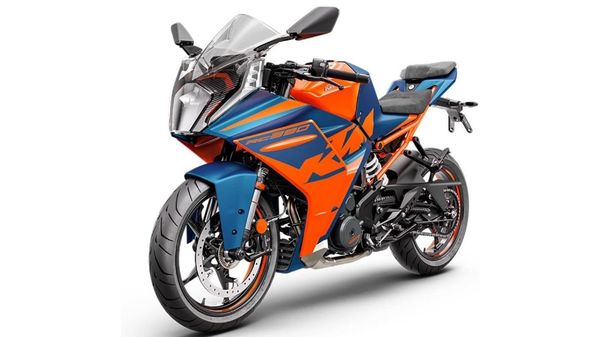 The new-gen KTM RC range is likely to launch in India later in 2021.

The next-gen KTM RC range has been officially teased ahead of its global debut next month. While the new sports bike range has already been fully revealed in spy images before, the latest teaser throws a glimpse of the new bike ahead of the official unveiling in September. The video also hints at a pit-board with the numbers 9/21. Needless to say, it's an easter egg for the bikes' official revealing.

The KTM RC range comprises models such as RC 125, 200 and 390. These bikes are manufactured in India at the Bajaj plant in Chakan. These are also exported to worldwide markets including Europe.

With the new-gen update, the bike is expected to gain quite a number of significant updates starting from the exterior design that will be completely new. The previously found sleek, twin-beam headlamps will be replaced with a new bigger, RC8-inspired single beam lamp. In addition, it will also get new fairing-integrated turn indicators.

The fairing and body panels will also become sharper, and a new TFT display for the instrument console will be found as a replacement to the previous screen found in the old-gen model.

Other key updates on the bike will be found in the form of a taller handlebar, revised seat and ergonomics. The 2022 KTM RC 390 is also said to receive an adjustable suspension setup. The powertrain configuration on all three models is likely to remain unchanged and the overall output is also likely to remain the same.

Soon after the global debut of the new-gen RC range, the bikes are also likely to go on sale in India. Needless to say, all the changes are also likely to attract a higher price tag. For the record, the pre-existing RC bikes are priced from ₹ ₹ 1.80 lakh for the RC 125, and go up to ₹ 2.77 lakh (all prices, ex-showroom, Delhi).