Royal Enfied has announced new finance-related schemes on its Bullet 350 motorcycle.As a part of the new scheme, the customer's old bike can be given as a replacement and the value can be used to pay the down payment of a new bike.
By : HT Auto Desk
| Updated on: 15 Jun 2020, 03:42 PM 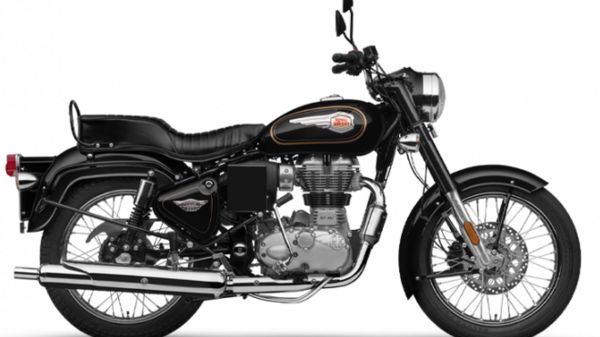 After introducing special rewards and offers on purchase of new bikes in May, Royal Enfied has now announced new finance-related schemes on its Bullet 350 motorcycle.

To further encourage new customers, the company is providing finance options of up to 90% of the overall cost of the motorcycle. It can be financed for a period of up to 5 years. Not only Royal Enfield, but a majority of Indian automakers have launched similar offers to ramp up sales.

The Bullet 350 BS 6 received a price hike of ₹2,755 last month. In the 'Standard' iteration with Bullet Silver and Onyx Black colours, it has been priced at ₹1.24 lakh* and in Black and Forest Green colours it retails at ₹1.30 lakh*. The higher-spec Bullet 350 ES (Electric Start) BS 6 model is available in Jet Black, Regal Red and Royal Blue colours and has been priced at ₹1.39 lakh*.

The bike sources power from a BS 6-compliant 346 cc single-cylinder engine which gets fuel injection. It churns out 19.1 PS of power at 5,250 rpm and 28 Nm of torque at 4,000 rpm. There is 5-speed transmission which come hooked to the engine.