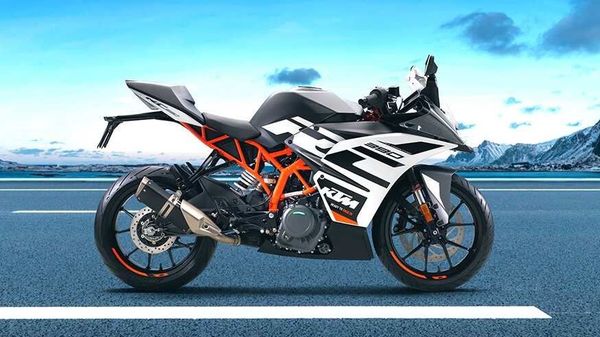 The new-gen RC390 is expected to break cover in the next few weeks. (Current-gen pictured)

It is no news that KTM is gearing up to introduce the all-new RC390 sportsbike which will pack serious updates for 2021 and will be featured in a whole new avatar. It will be the first major update to the bike which broke cover in 2013. Now the company has taken down the current-gen model from its official (India) website which only lists the other two bikes in the RC range - RC 200 and the RC 125. The discontinuation from the official website is a clear indication that it will soon be replaced by the upcoming new bike which is under speculation from quite sometime now.

The new-gen RC390 has been spotted amidst road tests a number of times in the past now. The spy images reveal that the new bike is going to feature several exterior updates; most prominently a completely new headlight design. It will sport a new RC8 inspired single lamp design instead of the twin beams seen on the existing model. This transition will make the bike appear bigger from the front. Other than that, expect changes to the body panels, frame and tail end design as well.

As far as mechanical revisions go, the new model will likely source power from the same 373 cc, single-cylinder engine which is known to push out 42.3 bhp of maximum power. The transmission option will also remain the same slick-shifting 6-speed unit.

Needless to say, there will be new additions in the bike's overall feature list which currently comprises slipper clutch, LED turn indicators and tail lamp, all-digital LCD instrument console and dual-channel ABS. More details will be revealed soon in the future.