The updated Honda Vision 110 has received structural changes, revised styling, as well as new features giving it a complete makeover in comparison to its predecessor.
By : HT Auto Desk
| Updated on: 15 Dec 2020, 02:15 PM 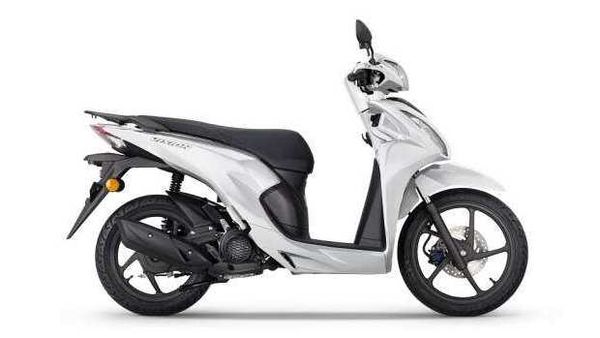 As a part of the 2021 update, the new Honda Vision gets smart key feature.

Honda has updated its highly popular entry-level Vision 110 scooter for the international market. With the latest 2021 update, the scooter has received structural changes, revised styling as well as new features giving it a complete makeover in comparison to its predecessor.

The Honda Vision might be a pint-sized two-wheeler but it is a major success in the international markets where it sells, including Japan. The company has decided to give it a major structural overhaul inside out, instead of just updating the then existing model.

(Also Read: Honda Activa 6G available with up to ₹5,000 cashback for a limited period)

The Honda Vision 2021 employs a new lighter frame which has saved 2 kg of overall weight. The company also claims that the new frame is more structurally rigid and stronger in comparison to the previous unit. Apart from that, other extensive updates in the scooter include the inclusion of Honda’s Smart Key system which is one of the key updates. The new 'Smart Key' allows the rider to turn the ignition on and use the under seat storage without taking the key out of the pocket. This is a serious update which is usually found only on premium two-wheelers.

The Japanese automaker has also updated the scooter's powertrain for 2021. The new engine has mainly received updates for the Euro5 emissions regulations. The updated 110 cc single-cylinder air-cooled engine delivers 8.6 bhp of maximum power at 7,500 rpm and is claimed to be five percent more fuel-efficient than the outgoing model. With just under 55km/l of fuel efficiency combined with its 4.9l of fuel tank, the scooter has a range of over 200 miles.