Honda's mind-controlled motorcycle technology will function with a helmet with inbuilt neural sensors picking up the rider’s stream of thoughts.The new technology will help partially controlling the bike’s settings and assistance systems with the mind power.
By : Prashant Singh
| Updated on: 11 Dec 2020, 09:34 AM 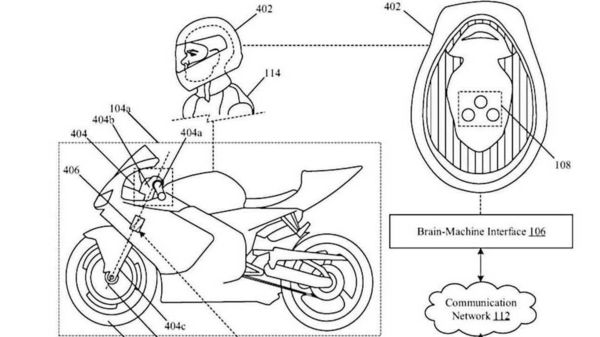 The motorcycle will come with a hyper advance helmet with inbuilt neural sensors picking up the rider’s stream of thoughts.

How cool is to ride a motorcycle which drives on its own. Well, this exact technology might still be decades away but Honda is reportedly working on similar lines. The firm has now filed for probably one of the wildest patents ever on a motorcycle which can be partially controlled by just one’s thoughts alone.

While at this point one might argue that all bikes are controlled by the mind which sends signals to the limbs which in-turn control the motorcycle. The latest patent, however, suggests that the company is working on a more efficient way of doing things with brain signals directly affecting the motorcycle’s behavior.

This doesn’t mean that the bike will turn right when the rider thinks about going right, but Honda’s new technology is about partially changing the bike’s settings and assistance systems. The motorcycle will come with an advanced helmet with inbuilt neural sensors picking up the rider’s stream of thoughts. The bike’s onboard computer will pick up these signals and adjust the needed setting as per the rider’s demands.

Most of the current age premium bikes come with rider assist features such as wheelie control, traction control, power modes, and more. Also, Ducati’s latest Multistrada V4 is the first bike to bring an active radar system to the market. This technology allows for active cruise control and collision warning, and more.

As per Honda’s new patent, the motorcycle will be able to sense inputs from the rider’s brain. If the rider is thinking about popping the front wheel up (though it is illegal in most parts of the world), the technology would assist by taking over control of various aspects of the bike automatically and assist the rider in lifting the front-end up by minimizing traction control and increasing power on the rear wheel (adjusting riding modes).