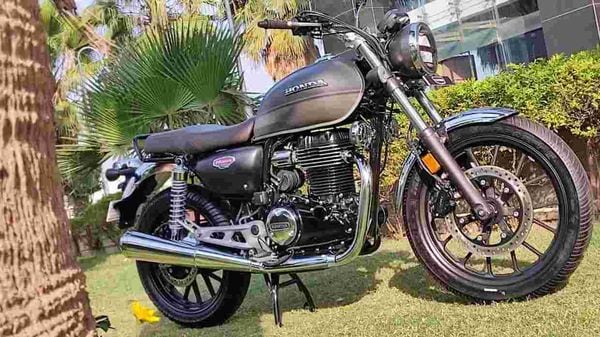 Honda launched its Royal Enfield Classic 350 rivaling H'Ness CB350 retro cruiser in the Indian market a few weeks back. The company also announced that its deliveries crossed 1,000 units within a few weeks of launch. Now its October sales report is out and here's how it performed against its arch rival, Classic 350.

In its initial month of sales, Honda managed to retail a total of 1,290 units of the bike which is an encouraging number considering that the H'Ness is a completely new bike for Honda in India. But the number fall short against the established Classic 350 motorcycle which bagged close to 42,000 unit sales last month.

Royal Enfield has recently introduced the new Meteor 350 retro cruiser motorcycle which is also a direct rival to the new H'Ness CB350 bike. Apart from the Meteor 350, the company is also planning to launch a number of new bikes in the future starting from the new-gen Classic 350 which will be second recipient of the 'Tripper Navigation' feature.

The H'Ness is a brand new product which follows footsteps of the Honda's iconic CB1100 EX and CB750 motorcycles. The Japanese automaker has come up with a brand new powertrain for the H'Ness retro cruiser. It is a 346 cc, air-cooled, single cylinder unit which delivers out 21 bhp of maximum power and 30 Nm of peak torque. The company says that the overall output from this powertrain is 'at par with the segment rivals'. The H'Ness also offers a larger set of features including Honda Selectable Torque Control (HSTC), Honda Smartphone Voice Control system (HSVCS), Assist and Slipper Clutch, and Dual Channel ABS.

The H'Ness is offered in two variants - DLX and DLX Pro. While the former has been priced at ₹1.85 lakh, the latter retails at ₹1.90 lakh (both prices, ex-showroom).