Seems like Honda wishes to expand its automatic gearbox range as the latest patent image reveals a new semi-automatic gearbox which may be used in its future bikes.
By : Prashant Singh
| Updated on: 28 May 2020, 20:16 PM 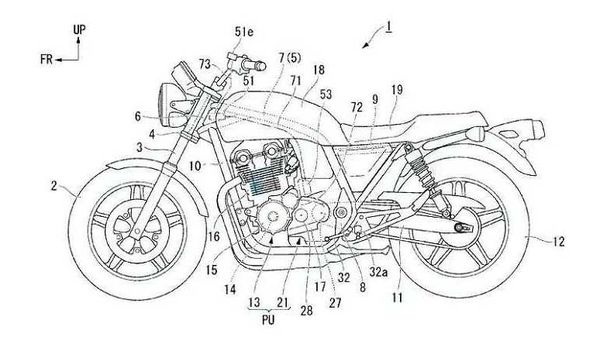 Honda's automatic gearboxes on its current bikes are already quite popular. The DCT units that are offered in its Gold Wing and Africa Twin bikes are one of the key USPs of these premium motorcycles.

The latest setup is much different in comparison to the current DCT technology which is a comprehensive dual-clutch unit. The patent structure is also different from the 'Hondamatic transmission' tech which used a torque converter and a 2-speed gearbox. This tech was used around 1970s.

The latest semi-automatic gearbox that the Japanese auto giant is developing has some clear advantages such as simple construction and light weight. This will also be slightly more affordable.

It terminates the use of a clutch lever and is said to employ a computer-controlled system which is paired to a 6-speed transmission featuring a bi-directional quickshifter. The engagement/disengagement of a clutch is done by the computer system which is automatically initiated depending on the riding style. It uses a traditional foot lever to shift gears and it goes without saying that there's no clutch lever on the handle bar.

When successfully developed, the transmission will allow for a more conventional riding experience since there won't be a need to constantly use the clutch, especially in bumper to bumper riding conditions.

(Also Read: Honda 2Wheelers retails 21,000 units since re-opening of outlets in May)

As per the patent image, the Honda CB1100 has been used as the base bike for the new semi-automatic transmission. However, it wont't be a surprise if the same system is used in a variety of Honda bikes in the future. Whatever the case may be, Honda is once again ready to set the benchmarks high when it comes to making the motorcycle riding more convenient and joyful.