Within weeks after Bajaj started rolling out the Chetak Electric scooter to customers in March, the country went into lockdown due to Covid-19, which jolted the company's plans.
By : Prashant Singh
| Updated on: 29 Apr 2020, 08:27 AM 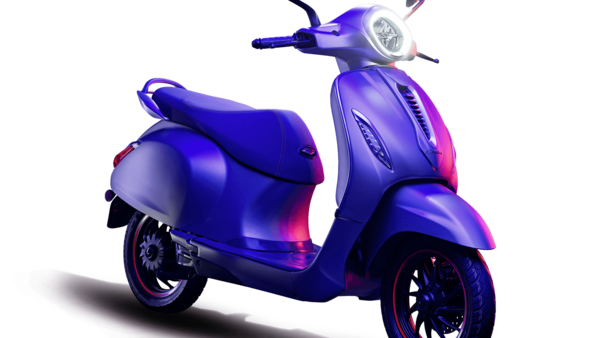 A picture of Chetak Electirc scooter from Bajaj Auto.

Bajaj Chetak Electric scooter was launched in January. Its deliveries started later in March and it was limited to just two Indian cities - Pune and Bengaluru. Within weeks after the company started rolling out the Chetak Electric to customers, the country went into lockdown which jolted Bajaj Auto's plans.

The home grown automaker managed to sell a total of just 91 units of the battery powered Chetak scooter last month.

(Also read: Here's how many Husqvarna bikes Bajaj sold in India in March)

It is the first all-electric scooter under Bajaj's Urbanite brand. For the uninitiated, it is available in two variants - Urbane and Premium. It has been given a price tag of ₹1 lakh and ₹1.15 lakh respectively (ex-showroom, Pune).

In terms of exterior styling, the Chetak Electric boasts an old-school retro design, which some say has been inspired from the Vespa scooter styling. Some of its key features include full LED lighting, premium paint finish, alloy wheels, keyless ignition and much more. It also features a full digital instrument console which displays all the necessary information in a clear and readable format.

It features a 3 kWh, IP67-rated battery pack and sources power from an electric motor which is capable of churning out 4 kW (5.36 PS) peak power, and 3.8 kW (5 PS) continuous power. The power is backed-up by 16 Nm of torque. It also features two ride modes - Sport and Eco. As the name suggests, the former promises to deliver a sportier ride experience while the latter provides a slightly longer maximum range. As per the company's official claims, the scooter can be charged up to 100% in about 5 hours.

It weighs 120 kg and is capable of attaining a top speed of 60 kmph. In the Eco mode it has a claimed maximum range of over 95 km, while the Sport mode offers slightly less 85 km of full charge range.

The nationwide lockdown has affected the production of Bajaj's battery powered two-wheeler. Bajaj has shifted the earlier June delivery plans to the third-quarter (September) this year. (Read full details here)