The prototype has a unique aerodynamic design which may hold a key to the claim. Reports say that its body design has been inspired by the second-generation Suzuki Hayabusa. The latter is known for pushing speed limits on salt flats. The bike has a duct at the center called the V-Air. This is said to reduce the drag coefficient of the electric bike by almost 70%. This design lets the air pass through the bike and not around it. The design does not include winglets which are commonly added to increase downforce however, the EV maker claims that the WMC250EV has five times the front load when compared with a normal bike. 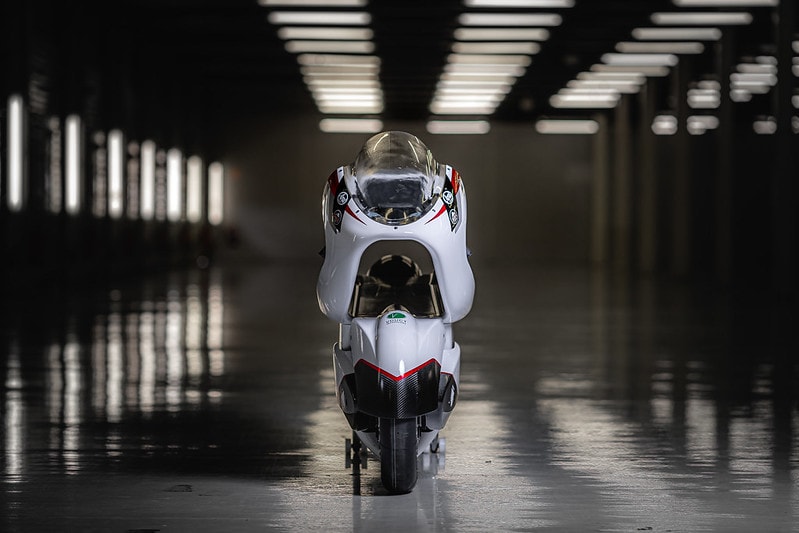 The bike has a duct at the center called the V-Air. (White Motorcycle Concepts)

The electric bike has two 30kW motors for the rear wheel and two 20kW motors for the front wheel that can generate a power of 134 hp. Although it doesn't seem quite high to match the power of a petrol-fueled bike, the company says that it is enough for the speed run. Reports also suggest that by 2022, the company will increase the power of the bike when it attempts for the world record at the Bolivia salt flats.

To provide an effective transmission of power, the bikemaker has used a machined alloy swingarm which helps the bike to stay dirt-free and will continuously lubricate the drive and the driven sprocket. With a massive weight of 300kg, the bike is supported by twin 340mm discs at the front and a 310mm disc at the rear. These have been sourced from EBC coupled with HEL brake lines. It runs on Dymag aluminium 17-inch alloys shod that comes with Pirelli slicks that help to keep the wheelspin at a minimum.