This industry-first feature could light up upcoming BMW electric bike

BMW reveals its upcoming electric bike will get driveshaft, an industry-first design in the e-bike segment.BMW might use the driveshaft in its future electric two-wheelers as well.
By : HT Auto Desk
| Updated on: 14 Jun 2021, 09:39 PM 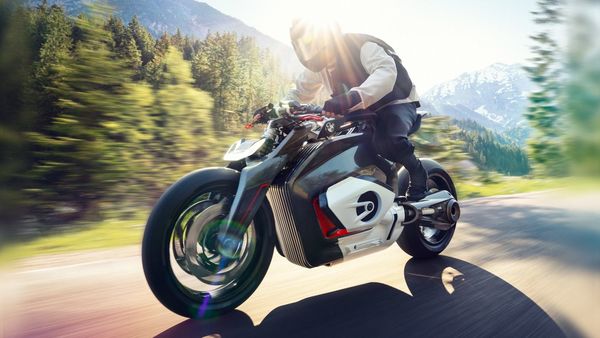 The upcoming BMW electric bike will use driveshaft.

(Also Read: List of bikes Royal Enfield is likely to launch in FY22)

BMW’s love affair with driveshaft motorcycles is nothing new. But the electric two-wheeler industry has been shying away from using that in their products. However, BMW seems to be ready to use a driveshaft in its upcoming electric bike.

The patent drawings indicate the driveshaft would allow the manufacturer freedom in motor placement and gear reduction options too. The drawings show a planetary gear system. This would allow BMW to use a high-speed and high-efficiency electric motor.

With the arrival of electric motorcycles and battery-driven powertrain, the auto industry has become free from conventional designs required for fossil-fuel-powered vehicles. The chunky internal combustion engine is gone, so is the bulky fuel tank. The electric vehicle manufacturers can utilise that space differently.

But BMW is walking a different path. It has explored driveshaft designs for electric motorcycle concept like Vision DC Roadster. Now it seems the design might be introduced in a production model as well. A driveshaft would allow BMW to explore many other innovative design solutions that would be seen in future models.