Slit lights, futuristic-looking bar controls, an unusual floating windscreen design and the lack of licence plate suggest that this might be just a concept scooter for now.
By : Prashant Singh
| Updated on: 29 Jul 2020, 08:54 PM 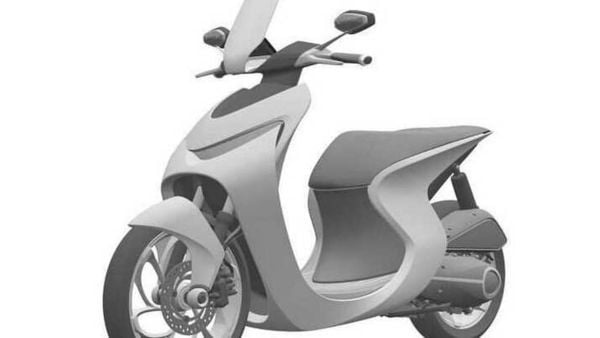 The hardware components on the Honda's retro scooter such as suspension and brakes look purely conventional. Image Source: Bennetts.co.uk

Honda might be working on a completely new scooter design sporting a very retro-inspired, contemporary styling. The same has been revealed in new leaked images which suggests that it might be a concept rather than an actual production model.

Slit lights, futuristic-looking bar controls, an unusual floating windscreen design and the lack of licence plate, none of this can be used on a production-spec road ready vehicle.

The overall visual appeal of the scooter is dominated by curvy body panels with free-flowing lines that stretch from the front apron to the sharply pointed tail-end. There are certain unique elements on the scooter such as chiseled alloy wheels, floating windscreen, and a slash-cut exhaust. While the exterior styling bits strongly suggest it being a new concept, the mechanical bits, on the other hand, stay firmly planted in reality. Speaking of which, the powertrain and transmission looks fairly normal and production ready. It will probably be drawing power from something like a 125 cc to 150 cc, single-cylinder engine teamed-up with a twist-and-go CVT unit. Likeways, the hardware components such as suspension and brakes look purely conventional featuring disc-front, drum-rear setup. Though it won't be a mistake to guess that it's not just a concept but something that may spawn out a future Honda scooter.

In case it is considered for production, it's quite premature to comment as of when this model may be pushed out of pictures to reality, but certainly there is time in that.

In India, there are a few retro-inspired scooters such as the Yamaha Fascino 125, Suzuki Access 125 and Vespa models.