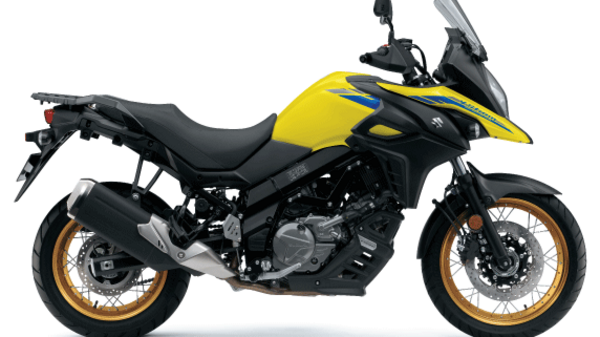 Suzuki Motorcycle India has some fairly interesting offerings in its ‘big bike’ range. Although the mighty Hayabusa stands as the flagship, the company also has the old-school V-Strom 650XT adventure bike that comes out as a smaller version of the litre-class V-Strom ADV. The latter is also quite popular among adventure enthusiasts around the globe. In an exclusive interaction with HT Auto recently, the company shared that it sold 70 units of the V-Strom 650XT in the Indian market last fiscal FY2021-22.

The company previously (before 2020) had a long list of big bikes which were previously retailed in the country, however, soon after the stringent emission norms kicked in (April 2020), the majority of the bikes were taken off the shelves. Later that year, the V-Strom 650XT was introduced at ₹8.84 lakh (ex-showroom, Delhi) and this price still remains unchanged even after nearly 18 months of its first launch.

While the demand for premium adventure bikes has picked up in India, newer launches have also stiffened up the competition in the segment. Only recently Triumph Motorcycles India rolled out its Tiger Sport 660 in the market at ₹8.95 lakh (ex-showroom), and then there is Kawasaki acing the game with its Versys 650 which is currently being offered at a limited-time discounted price of ₹6.45 lakh (ex-showroom). If that was not it, there are rumours that other bike makers (including Royal Enfield) are planning to step into the premium adventure biking segment, however, nothing is officially confirmed as of yet.

Meanwhile, Suzuki Motorcycle India also informed that it has managed to grow by 27.6% in the FY2021-22. (Read the full report here)