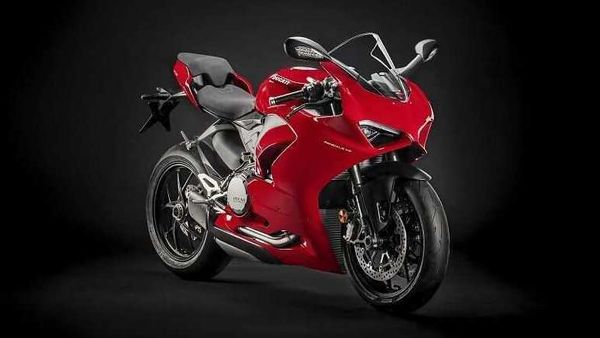 Ducati Panigale V2 is a successor to the Panigale 959.

After teasing the bike a few weeks back in April, Ducati is now finally gearing up to launch the Panigale V2 in the Indian market. Select company dealerships have also started accepting pre-bookings on the bike ahead of launch. The pricing of the Panigale V2 will most-likely be revealed by August.

The company has also recently revealed a White Rosso paint scheme of the Panigale V2, but it's unlikely to be launched in the Indian market anytime soon. Apart from a new lighter shade, there is no other change on the bike.

The V2 features a Euro 5-compliant 955 cc Superquadro engine which delivers a maximum power output of 155 PS at 10,750 rpm and 104 Nm at 9,000 rpm. In comparison to the previous powertrain, this engine is around 5 PS more powerful. It comes mated to a six-speed transmission unit with a bi-directional quickshifter.

At the front, it gets an adjustable, 43 mm Showa big-piston fork, while at the rear, it comes with a Sachs monoshock with a 2 mm longer shock.

As far as pricing goes, the new Panigale V2 will be slightly costlier than the outgoing Panigale 959 which was priced at ₹14.74 lakh (ex-showroom, Delhi).