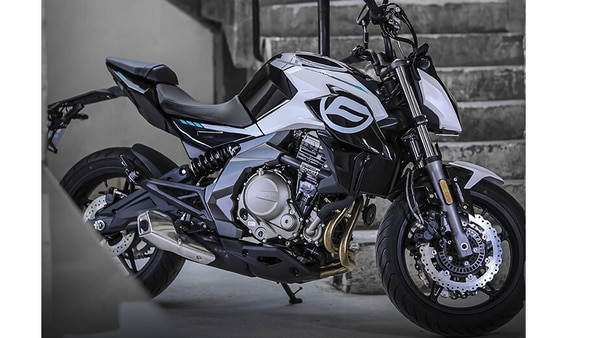 CFMoto has finally commenced deliveries of its new BS 6-compliant motorcycle lineup in the country. The company announced the launch of the new bikes earlier this year. The new CFMoto 650MT is priced at ₹5.29 lakh, while the CFMoto 650GT costs ₹5.59 lakh (both prices ex-showroom).

Changes on the updated CFMoto motorcycle have been limited only to the mechanical changes to the powertrain, while the rest of the details on both the bikes remain unchanged. The new BS 6-compliant models from CFMoto source power from the updated 649.3cc, parallel-twin, liquid-cooled engine. This is responsible for delivering 55.65bhp of power at 8,250rpm and 54.4Nm of peak torque at 7,000rpm. The engine comes mated to a six-speed gearbox on both the models.

Both the bikes also retain their hardware kit in the latest BS 6 avatar. The same previously found suspension kit including telescopic front forks and rear mono-shock, can be found on both the CFMoto bikes. And for braking, they continue forward with the twin rotors at the front, a single disc at the back, and dual-channel ABS.

Meanwhile, the company has also revealed the new CFMoto 250SR Race edition motorcycle. The new special edition motorcycle has been seen in a striking new paint scheme delineating its sporty character. At the heart of the motorcycle sits a 249.2cc, single-cylinder, liquid-cooled engine that is known to produce 27.5bhp of maximum power at 9,750rpm and 22Nm of peak torque at 7,500rpm. The engine comes paired to a 6-speed gearbox. (More details here)