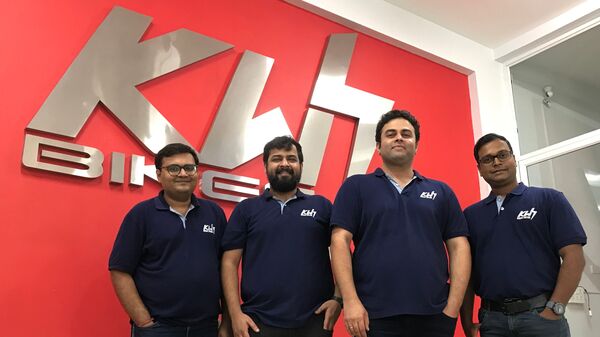 kWh Bikes has also announced its partnership with a range of automotive dealers as well as B2B players in the segment.

Bengaluru-based electric scooters start-up, kWh Bikes recently announced that it has managed to register a total of 78,000 pre-orders for dealer dispatch at its 75 touch points across the country. The company added that it has received the pre-orders in the form of signed Letters of Intent for its upcoming e-scooter. kWh Bikes opened the registration for its upcoming battery-powered offering five months back and within this period it has managed to receive orders for more than ₹1000 crores. kWh Bikes will be launching its first offering early next year and the brand hopes that it should be able to gather even more interest around its maiden e-scooter by that time.

kWh Bikes has also announced its partnership with a range of automotive dealers as well as B2B players in the segment for distribution across nine regions including Karnataka, Delhi, Maharashtra, Haryana, UP, Bihar, Gujarat, West Bengal, and Rajasthan.

“The pre-bookings that have been received are organically generated without any marketing. We have received interest from overseas markets as well, but we are currently focussing on India. As a seed funded startup, this is a big milestone for us," said Siddharth Janghu, Founder and CEO, kWh Bikes.

While the company has remained tight-lipped about most of the details about the upcoming scooter, it did reveal that this model will sport a top speed of over 75 kmph. It will be designed for high convenience, and reliability and will be able to attain full charge in just 4 hours from a regular home socket. The company hasn't rolled out details about the model's full charge range, but the same is expected to be somewhere around 120 km to 150 km per charge cycle.

kWh Bikes has previously announced raising $2 million in a seed funding round. The EV startup is now looking forward to hiring senior leadership talent in the software as well as battery domains.

“We are putting together a strong, reliable, safe, high-performance, and feature-packed electric scooter that is being developed keeping the Indian conditions in perspective, and we are aiming to get into production in early 2023. In this regard, we have been offered full support by several state governments. We are proud that we have been able to stretch our seed capital to achieve these outcomes," added Janghu.