After rush in first phase of bookings, Revolt Motors re-opens orders for RV400

Revolt Motors had received max orders in the first phase of bookings for RV400 in just two hours. The booking window had been subsequently closed.Revolt Motors will resume receiving bookings for the RV400 from July 15, 12 PM onwards.
By : HT Auto Desk
| Updated on: 12 Jul 2021, 06:09 PM 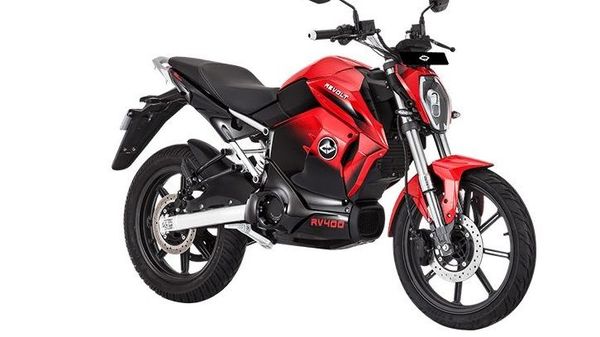 Revolt RV400 is the flagship electric motorcycle of the EV maker.

Revolt Motors on Monday informed it has resumed bookings for its flagship electric model RV400 after the first phase of bookings saw a massive rush and all units put up being grabbed within just two hours.

Bookings for the RV400 will resume from July 15 at 12 PM onwards, the company has said in a release. It will be available for booking in six cities - Delhi, Mumbai, Pune, Chennai, Ahmedabad and Hyderabad.

The RV400 comes as the flagship model of Revolt Motors. The company claims to have sold ₹50 crores worth of this model in the first round.

The RV400 gets power from a 3 KW (Mid Drive) motor, clubbed with a 72V, 3.24 KWh lithium-ion battery. The electric motorcycle is capable of running at a top speed of 85 kmph. It gets MyRevolt connectivity app that gets features like geofencing, customised sounds, bike diagnostics, battery status, ride data etc.

Revolt RV400 gets three different riding modes - Eco, Normal and Sport. These riding modes are claimed to deliver different performances. It gets upside down (USD) front forks and a fully adjustable monoshock at the rear.

In a statement on Sunday, Revolt Motors said that the bikes are being dispatched to the customers in various parts of the country from its greenfield manufacturing plant at Manesar in Haryana.

While there are several companies in India with a wide range of electric scooters on offer, electric motorcycles are scarce. Revolt Motors took this opportunity to introduce its range of e-bikes.