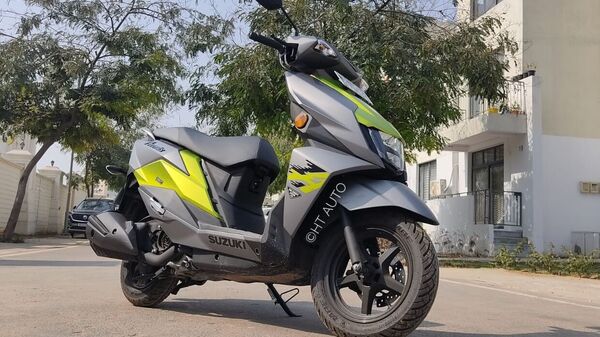 Designed to attract a younger set of audience, the Suzuki Avenis 125 is actually quite sporty to look at.

Suzuki Motorcycle UK has announced the launch of the new Avenis 125 scooter. Apart from the new Avenis, Suzuki has also introduced the new Address 125 in the UK. The same scooter is sold as Access 125 in India.

Both the scooters introduced in the UK market retain the same engine specifications and features. The Avenis 125 continues to pack the same 124cc air-cooled mill which develops 8.58bhp of maximum power and 10.3Nm of peak torque. The same engine is also shared with Access 125 or Address 125 overseas.

The Suzuki Avenis 125 also comes kitted with LED lighting for the headlamp as well as tail lamp, in addition, it also gets what Suzuki likes to call ‘motorcycle-inspired indicators’. Suzuki has also given the scooter an external hinge-type fuel cap for ease of fuelling and other features include large under-seat space. The Avenis 125 has been placed as a sporty offering against the TVS NTorq 125 and aims to appeal to a similar set of customers as well. However, the Access 125/Address 125 comes out as a rival to Jupiter 125 scooter.