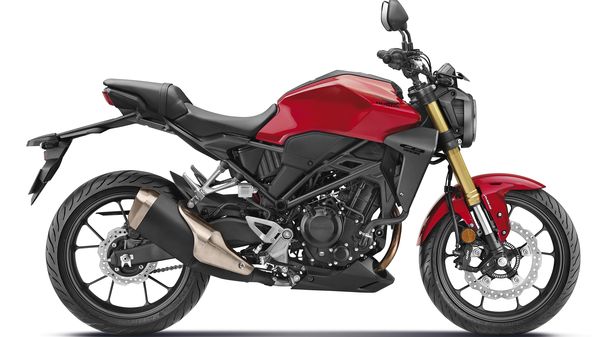 Honda unveiled the new BS 6-compliant CB300R for the Indian market at the recently held IBW. The prices for this model are not available yet, however, the company will roll out the pricing in January.

Honda Motorcycle and Scooter India (HMSI) showcased the new 2022 CB300R at the India Bike Week 2021 festival, the bike has been slated to go on sale in the Indian market this January. The official engine specs of the upcoming motorcycle have now been leaked online via the official Transport Department government website.

The most prominent update on the new CB300R will include its new BS 6-compliant powertrain. For the record, previously the BS 4-spec model from its 286cc liquid cooled motor delivered 30.4 hp of max power at 8,000 rpm and 27.4 Nm of peak torque at 6,500 rpm. Now, the BS 6-spec bike will be responsible for churning out 22.9 kW / 30.7 hp of power at 9,000 rpm. Despite the BS 6 update, the new model will deliver a slightly higher power output. The transmission duties will continue to be done by the same 6-speed multiplate wet clutch transmission.

Save for these updates, the rest of the motorcycle remains unchanged. Its features kit includes full-LED lighting along with a blue backlit LCD dash for showing vehicle information.

The motorcycle rides on 17-inch alloy wheels and comes suspended by inverted forks and a monoshock sourced from Showa. For braking duties, it uses a single disc at both ends that bit onto Nissin calipers.