Suzuki Motorcycle India has teased the new-gen Hayabusa on its social media platforms hinting that the arrival of the reborn falcon is expected to take place sooner than expected.
By : Prashant Singh
| Updated on: 02 Mar 2021, 02:22 PM 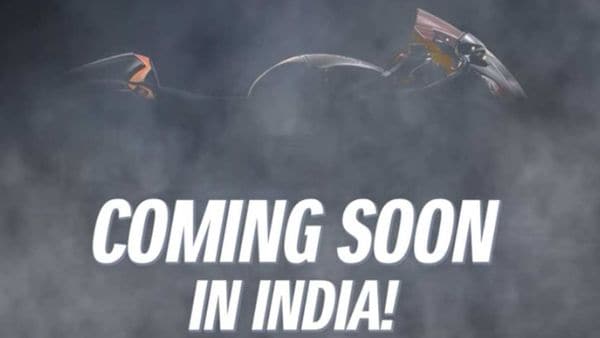 The all-new Suzuki Hayabusa is expected to be launched in India in next few months.

Suzuki revealed the all-new Hayabusa motorcycle a few weeks back. Now, the Indian arm of the Japanese automaker - Suzuki Motorcycle India has teased the new-gen Busa on its social media platforms hinting that the arrival of the reborn falcon is expected to take place sooner than expected.

Albeit, the latest announcement isn't a big surprise since the Hayabusa is one of the hottest-selling superbikes in India and the fact that it is currently not on sale in the country is a big bummer for the company since Suzuki is losing quite a chunk from the premium bike market and its quick reintroduction is the only way forward.

As far as the new bike is concerned, Suzuki has introduced some heavy changes to the Hayabusa for 2021. For starters, the motorcycle now gets a way sharper-looking exterior design embedded with modern features and fresh two-tone body colours.

The bike benefits from an all-LED headlight and turn signals comprising built-in position lights. Suzuki has placed these lights at the very edge of the motorcycle's front end, as found on its predecessor.

Inside, there is a familiar 1,340 cc, inline four-cylinder, liquid-cooled engine that is known to deliver 187.7 bhp of power at 9,700 rpm and a peak torque of 150 Nm at 7,000rpm. The transmission option includes the same 6-speed unit. The engine has been updated to meet Euro 5/ BS 6-compliance.

The powertrain gets a ride-by-wire electronic throttle system and a revised intake and exhaust mechanism. As per the official claims, the revisions allow enhanced output and torque in the low and mid-range of the motorcycle. The bike tips the scales at 264kg (kerb) and its overall fuel efficiency has been measured at 14.9kmpl.

Some of the new electronics and feature additions on the bike include the company's new Suzuki Intelligent Ride System (S.I.R.S.) with SDMS-α. It gets new riding modes, traction control, bi-directional quick shift system, power mode selector, engine brake control, and anti-lift control system. Its safety kit also includes 'Active Speed Limiter' feature that allows the rider to set a speed limit on the bike, when required.

The all-new Hayabusa is expected to be launched in India in the next few months.